Get ready to fall in love and likely replace your oven with the Ninja Foodi and these 65+ Easy Ninja Foodi Recipes!

First, maybe you are asking yourself…what is a Ninja Foodi?

It’s the only appliance you will ever need.  I can tell you that if you purchase a Ninja Foodi, you can safely pass on your Air Fryer, Instant Pot, and Slow Cooker or Crock-Pot.  Why?

It’s all of these things…in one!  It even bakes!

It’s literally the ONLY appliance now of those ones mentioned above that I keep on my counter and I use it nearly every single day.

What can you make in the Ninja Foodi?

Did I mention it bakes too?  YES!  It will replace your oven.  I’m just saying.

The Ninja Foodi looks very similar to an Instant Pot, but it functions like many appliances all in one. If I’m making a slow cooker meal, I simply put it in the Ninja Foodi and it’s ready to go in the evening just like if I was using my slow cooker.

That’s the same for the Instant Pot as well.  If you want to make Instant Pot Meatballs, it works the exact same way!

How does the Ninja Foodi convert from a slow cooker, pressure cooker, and air fryer?

The Ninja Foodi comes with two lids, this means you have a lid that’s already attached to it that is used for air crisp or air fryer.  There is also a basket that goes inside the pot for the air fryer as well.

If you prefer though, I actually decided to purchase this glass lid to go with mine and it works just like you would use it for a slow cooker.

It’s so easy to use, we’ve cooked so many things in it I’ve literally lost count at this point.  It has a sauté function as well, so I cook meat and veggies in it too before using the other functions.

Check out my Honest Review of the Ninja Foodi!

Today, I wanted to gather all the recipes from my site that I have used in the Ninja Foodi.  Sit back too because there are a lot of them.  I’ll also add a few from other websites as well.

How do you make recipes in the Ninja Foodi?

When making the recipe, simply select on your Ninja Foodi the appropriate button matching the method, for example, if it’s an air fryer recipe, use the ‘air crisp’ button on the Ninja Foodi.  If it’s an instant pot recipe, use the “pressure cooker” button. 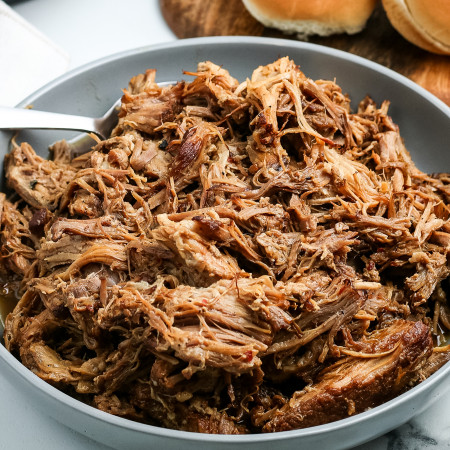 Get ready to make MORE recipes for your Ninja with the complete index, be sure to check it out!

Also, if you need some accessories be sure to check out these Top 10 Ninja Foodi Accessories!

65 Recipes for the Ninja Foodi

These Air Crisp Recipes are all gluten-free.  Air Fryer Recipes will be made in the Ninja Foodi using the Air Crisp Function.

Crispy Bacon in the Air Fryer

Baked Macaroni and Cheese in the Ninja Foodi (Pressure Cooker)

The Ninja Foodi even works to bake foods as a traditional oven would.

Lastly, if you have any crockpot or slow cooker recipes the Ninja Foodi can be used with the slow cooker function.

Grab even more AMAZING recipes on the Ninja Foodi website.

Find even more recipes in the Ninja Foodi Recipe Index!