A delicious way to do dinner is with this Slow Cooker Maple Chicken. 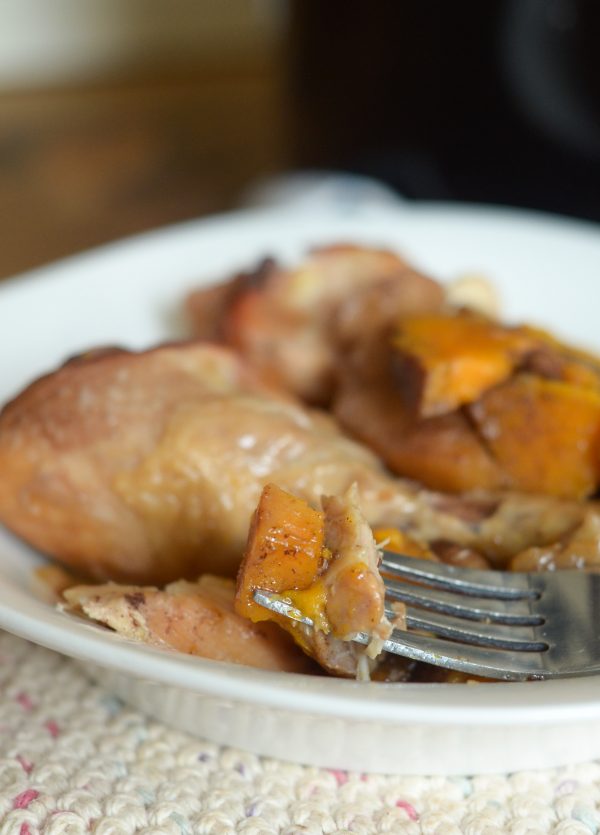 My slow cooker has become my best friend these past few weeks as school has started.  It’s been quite an adjustment just getting used to having so many evening activities, we actually only have a few compared to most and I still feel overwhelmed.

Last year, my daughter did things during the day while my son was at school, so having them both in school all day means all those activities are after school, right during dinner time. 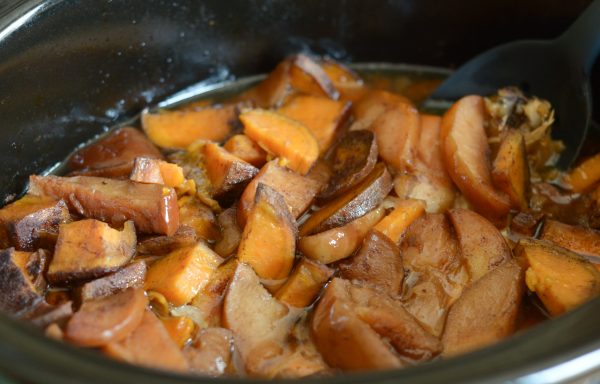 That means that we’ve been trying out all sorts of slow cooker recipes.  I’ll admit I actually prefer to only use my slow cooker for soup because I like that crispy oven taste of foods instead of the slow cooked version, but I’m getting used to it now.

It also helps that I really don’t have much of a choice when we have very little time to cook.  I have been prepping some sheet pan dinners ahead though and just popping them in the oven as soon as we get in, which is also a great option too! 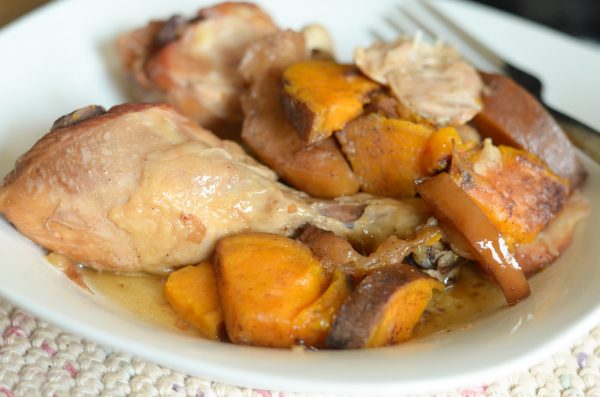 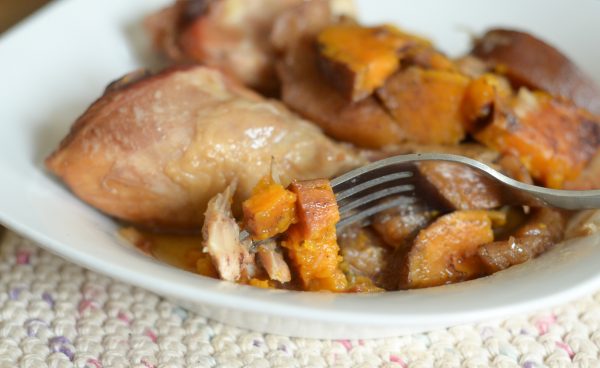 This past week, we tried this Slow Cooker Maple Chicken with sweet potatoes and apples, I adapted this from my baked version.

It was very tasty and the chicken just fell right off the bone, which made it super easy to eat too.  I love the mix of the flavors, the maple compliments the apples and sweet potatoes well, plus it sweetens up the chicken too.

I used drumsticks for this; however, you can really use just about any cut of chicken you prefer.  My kids love drumsticks, plus they are so frugal that tends to be my go-to.

Now as you head back to school, this would be a great slow cooker recipe to add to your list.

Pin it for Later: 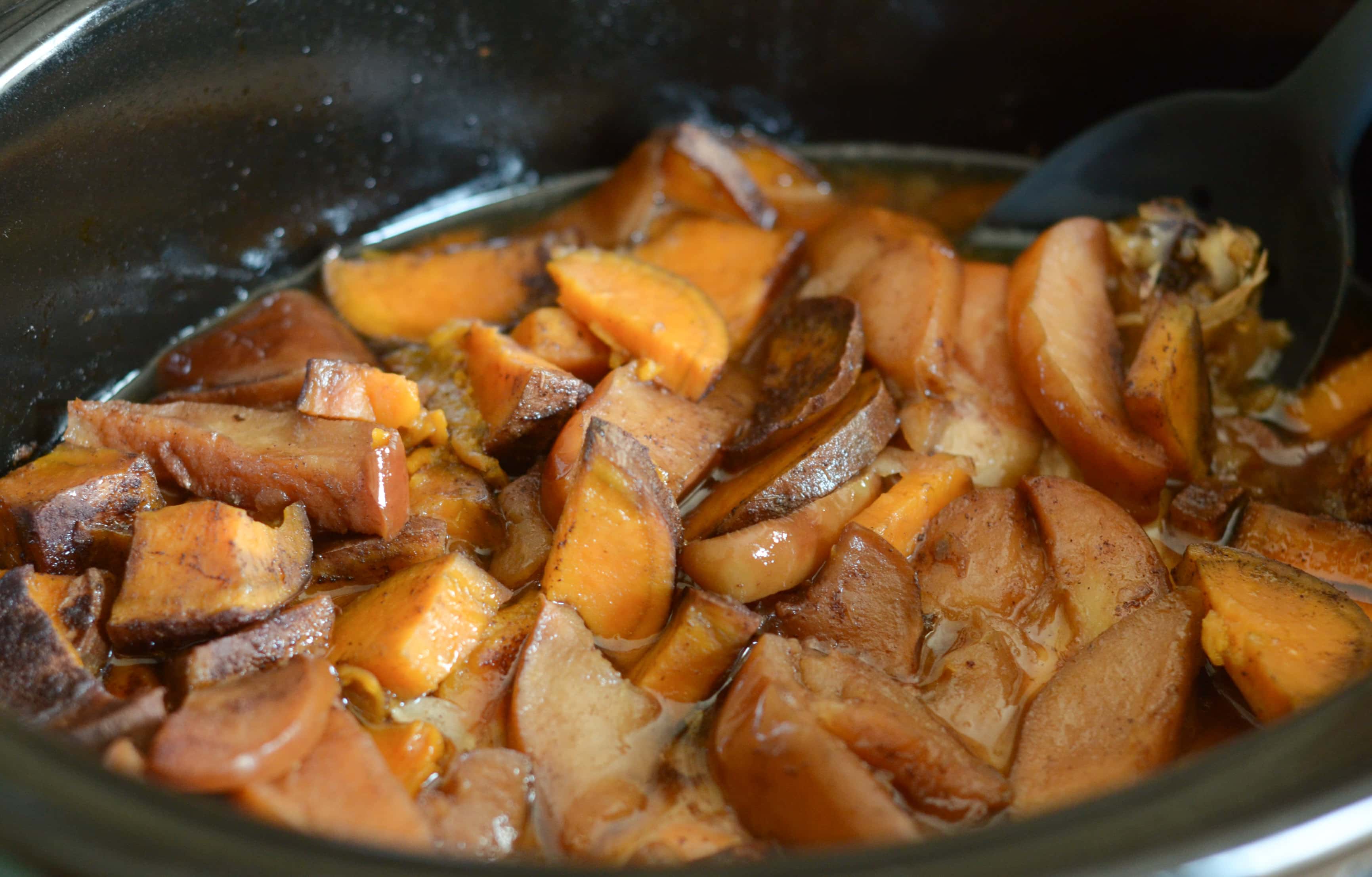