Make this EASY Ninja Foodi Slow Cooker BBQ Chicken while you are out for the day!

One of my personal favorites for the slow cooker is BBQ Chicken because it’s literally two ingredients, that’s it!  Of course, you can get more creative and add some extras to it, but I’ve found as long as you have a great sauce, nothing else is needed. 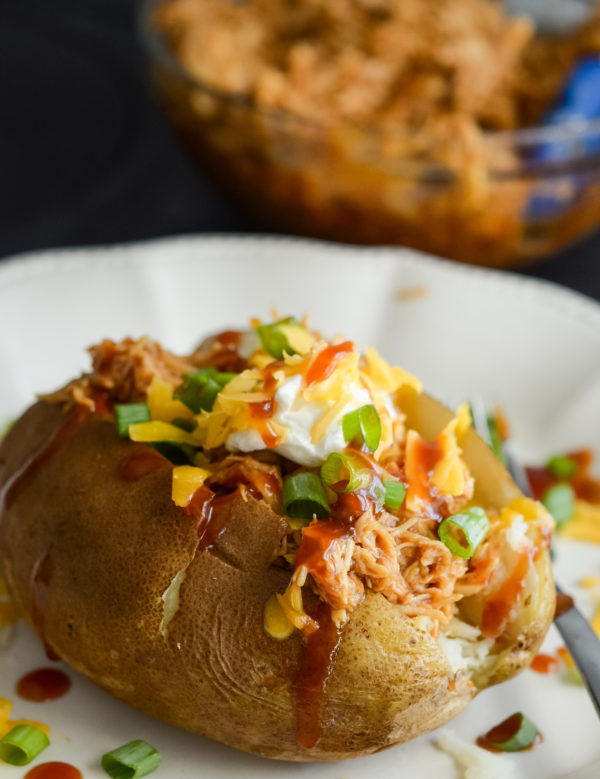 The best part is that this can be made in a traditional slow cooker or your Ninja Foodi!

How do you make slow cooker BBQ chicken in the Ninja Foodi?

The Ninja Foodi is an all in one appliance, which means you can easily use the slow cooker function just like you would for a traditional slow cooker.

This will be done using the additional lid that comes with the Ninja Foodi, the nozzle needs to be set to vent and then go ahead and set the Ninja Foodi for the slow cooker mode. 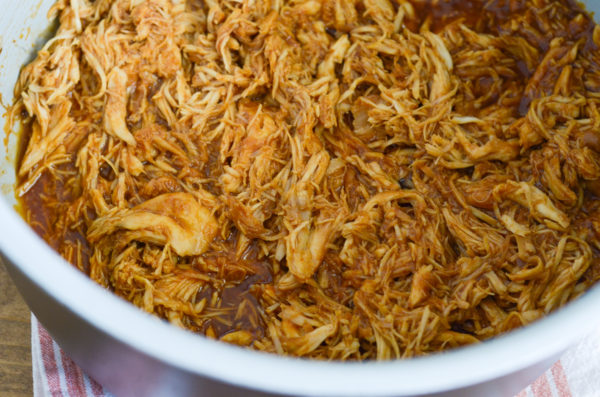 It’s so simple and easy to use.  We’ve ended up leaving ours right on our counter now because I am using it daily, plus I’ve been able to get rid of all my other appliances!

This dish is going to be Ninja Foodi Slow Cooker Pulled Chicken that you can then use for a variety of meals.

How should you serve Ninja Foodi Slow Cooker BBQ Chicken? 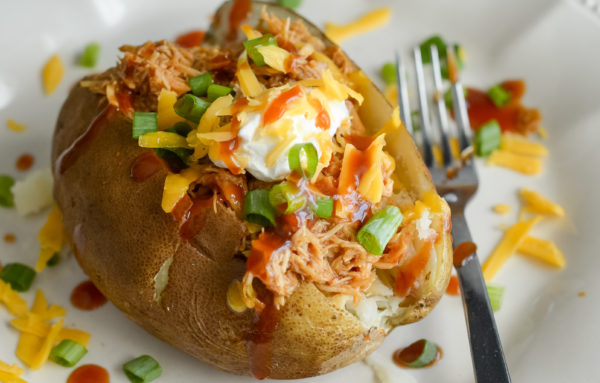 This pulled chicken can be used for a variety of meals, we prefer baked potatoes but I also love to add it to nachos or sandwiches too.  It’s going to be your choice on how you would like to serve it.  It can also be served as is!

We love to make a bit batch of Slow Cooker BBQ Chicken, then you can freeze the leftovers for future meals as well.

What sauce should you use? 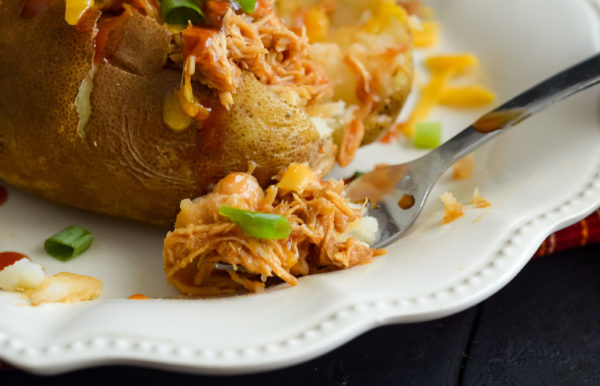 Go with your all-time favorite barbecue sauce because you want that flavor to soak into the chicken.  Our personal preference is Head Country Original BBQ Sauce.

They also carry an Apple Habenero that is just out of this world, it’s delicious.  It really isn’t spicy like I thought it would be, but the flavor is wonderful.

Which cut of chicken should you use?

This chicken can be made with either boneless chicken thighs or chicken breast, make sure they are skinless as well.

We typically go with chicken breast on this just to keep it a bit leaner; however, I love the chicken thighs too.

Be sure to check out these 65 Easy Ninja Foodi Recipes too! 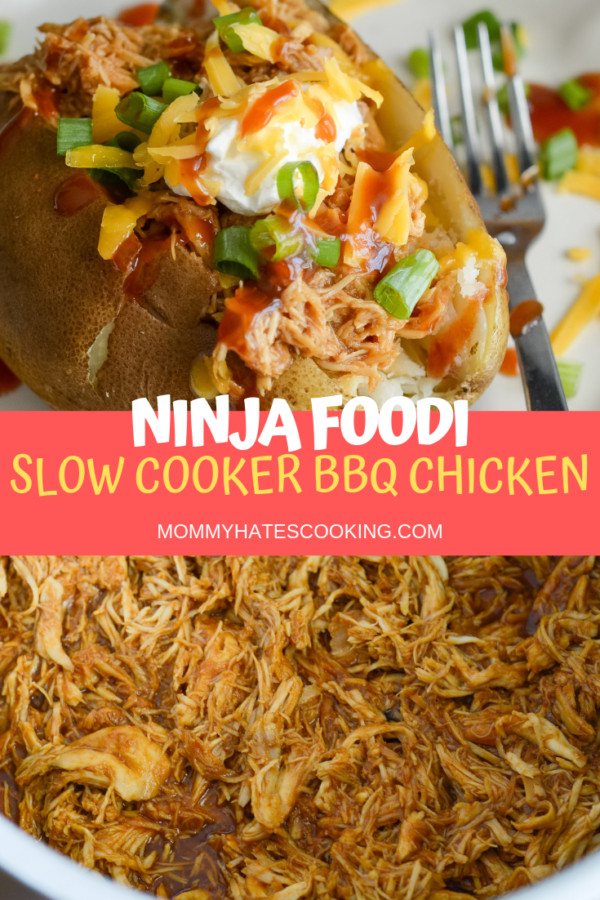 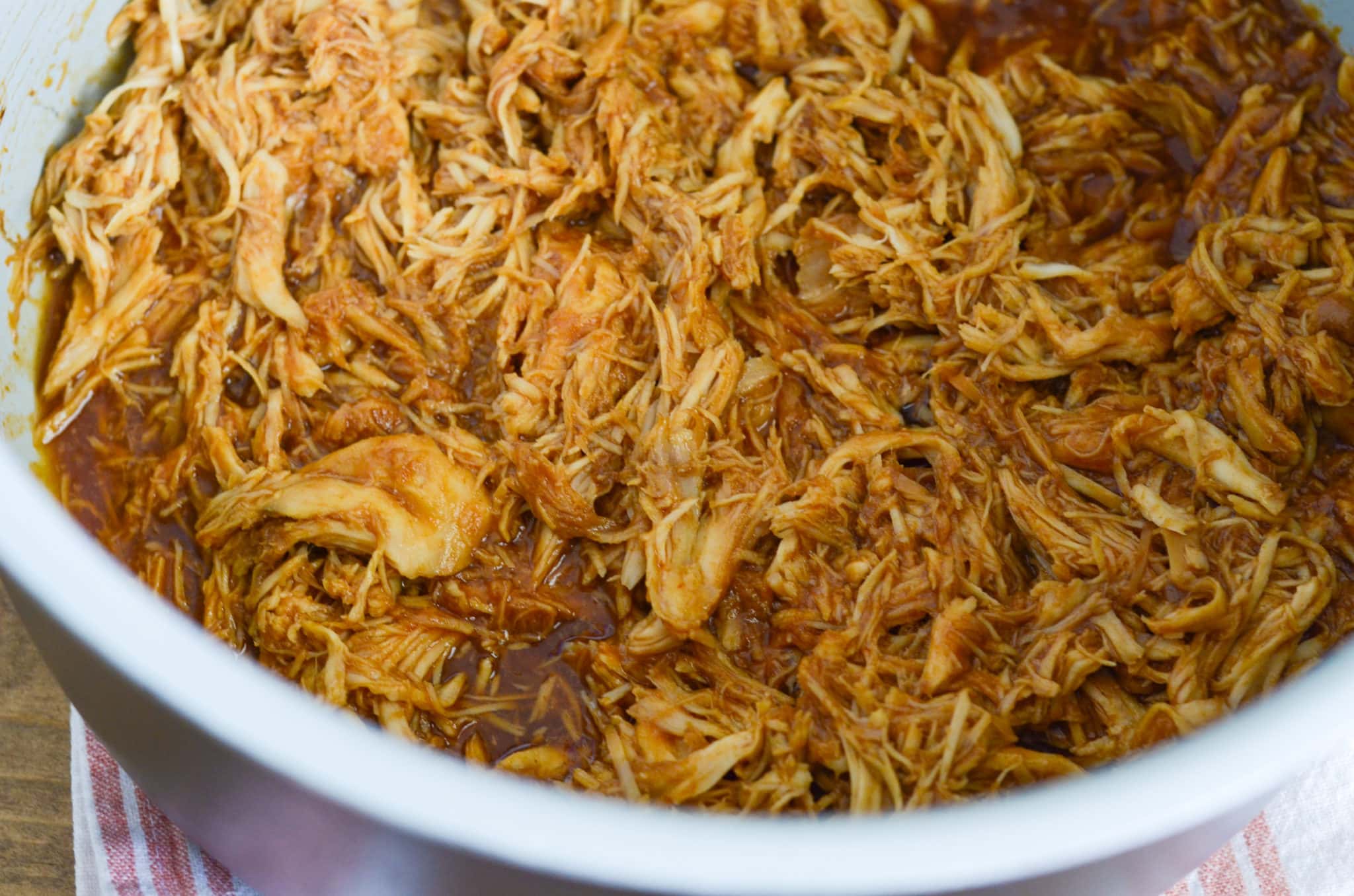 We prefer to use Head Country, but use your favorite sauce or you can try my Homemade Barbecue Sauce!