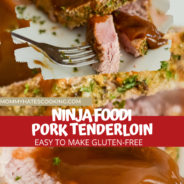 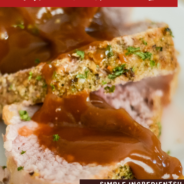 If you enjoyed the Ninja Foodi Pulled Pork, now let’s try this Ninja Foodi Pork Tenderloin.  I’ll tell you this was the best pork tenderloin I’ve ever tasted, and it will definitely be a regular on our menu!

This pork tenderloin uses the air crisp function of the Ninja Foodi or it can also be made in the air fryer too with the same time and temperature.

Tips for Making this recipe: 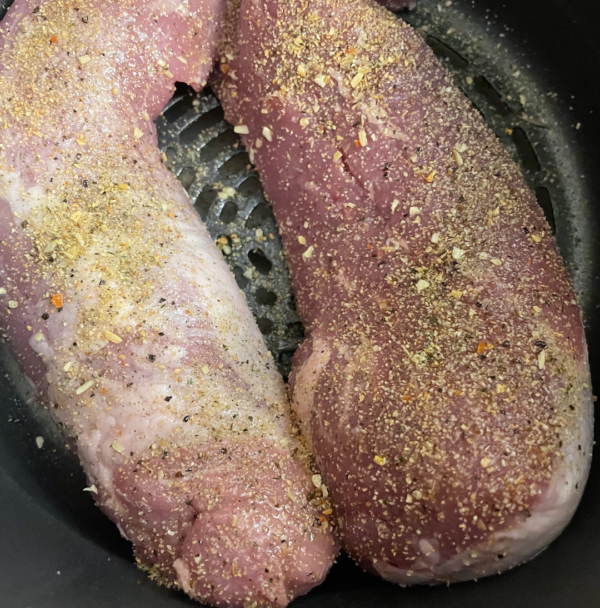 The pork should reach an internal temperature of at least 145*F, this took about 20-25 minutes in our Ninja Foodi at 390*F.

This is again made with the air crisp function so it’s basically an Air Fryer Pork Tenderloin.

The pork can be seasoned with your preferred seasoning, we used a simple seasoning of salt and pepper, then topped it once it was done with some tasty brown gravy.

I was pretty surprised by how easy this recipe actually is and how simple it is to make a juicy pork tenderloin right in the Ninja Foodi.

Can you cook pork tenderloin in the air fryer? 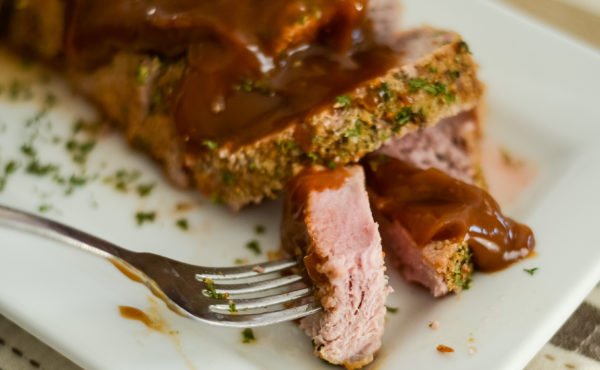 Pork Tenderloin can be easily cooked in the air fryer or the air crisp using the Ninja Foodi.  This recipe is made with the air crisp function which is basically an air fryer, not the pressure cooker function.

What is pork tenderloin? 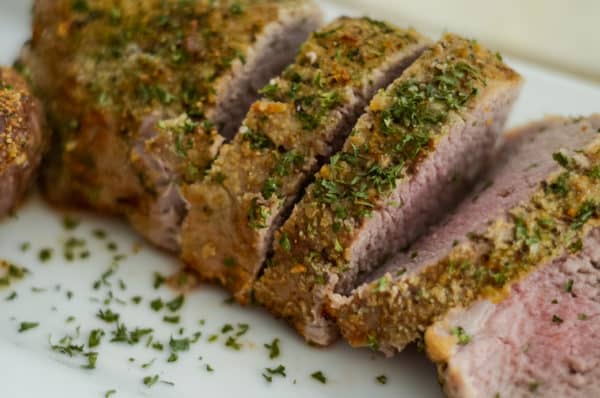 The pork tenderloin is a boneless cut that runs along the backbone, it’s actually from the muscle.  It’s also very narrow too, they are easy to find in most grocery stores.

They are very tender and juicy.  We find they are great for kids because they are smaller too.

Now, are you ready for a tasty dinner?

Our pork tenderloin came with 2, you can do 2 for this recipe at the same time or as many as will fit. Cook time will vary depending on the size of your pork loin. 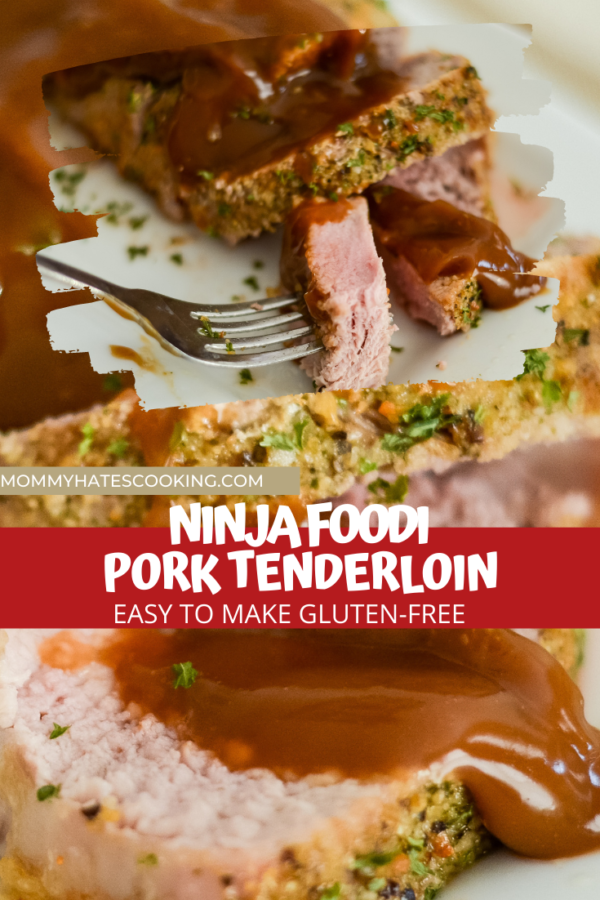