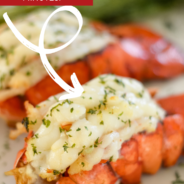 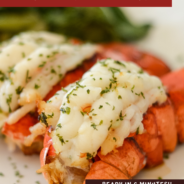 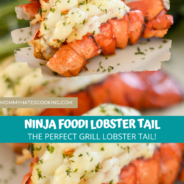 In order to make these fabulous lobster tails, I used this Ninja Foodi Grill.  This is an indoor grill; however, they can be done on a traditional outdoor grill as well.  Making Ninja Foodi Grilled Lobster Tail is actually very easy, you’ll impress yourself! 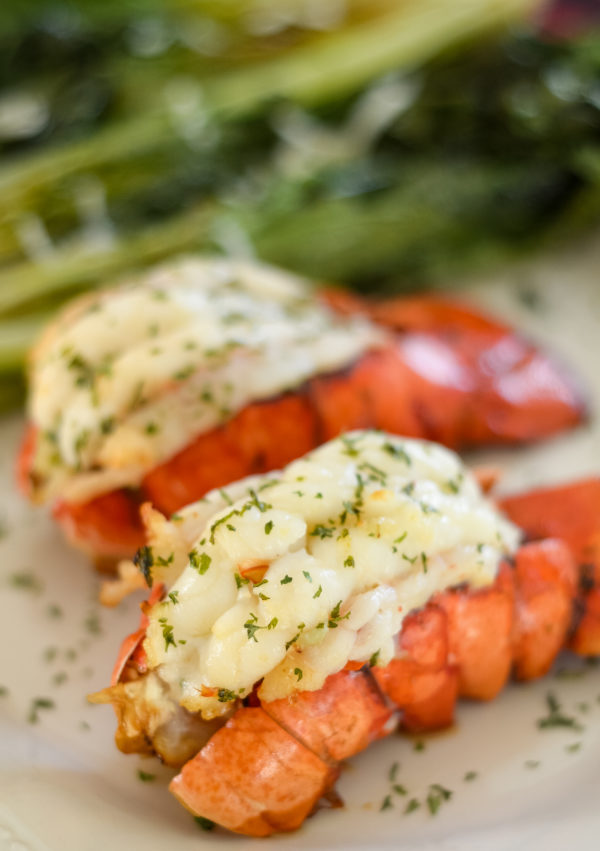 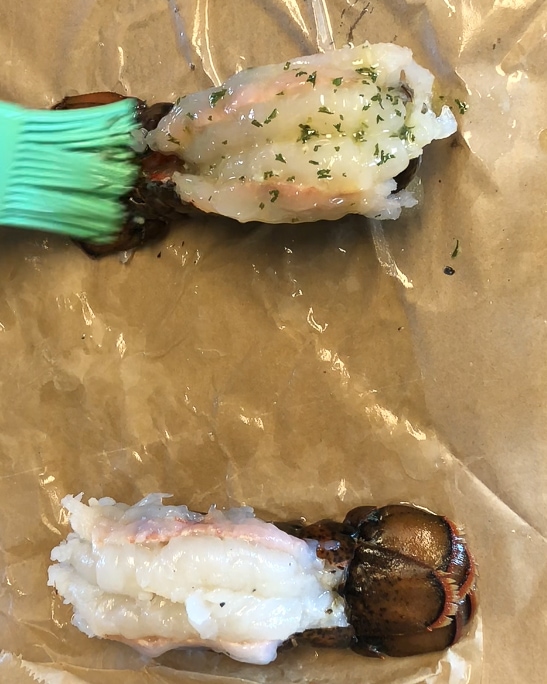 The most tricky part of cooking Lobster Tail is simply splitting the tail and pulling the meat to the top.

The best way to do this is to use sharp kitchen scissors and cut the tail in half all the way up to the fin.  Once you’ve done this, carefully pull the tail apart and put your fingers around the meat to pull the meat to the top of the tail. 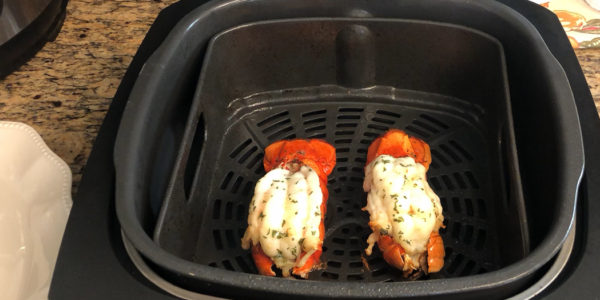 Once it’s on top, shut the tail underneath it, this brings the meat to the top of the tail and the tail itself will be empty.

This is technique is the best way to butterfly a lobster tail.

Once this is done, that’s the trickiest part, now you can easily grill your lobster tail.

How do you cook lobster tail in the Ninja Foodi Grill? 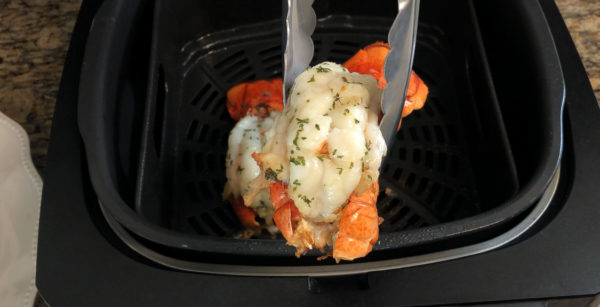 The lobster tail will be cooked on high using the grill function of the Ninja Foodi Grill.  It’s best to go ahead and select this option for 5 minutes so that the grill starts to preheat while you are cutting and preparing the lobster tail. 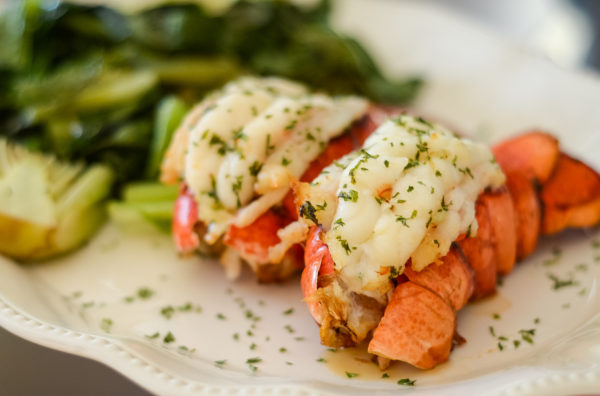 Once it’s preheated, coat the meat of the lobster tail with a nice coat of garlic butter and place it carefully in the grill.  The lobster tail will be cooked and ready to serve in just about 5 minutes.

The internal temperature needs to be at least 145*F to be considered done and ready to serve. 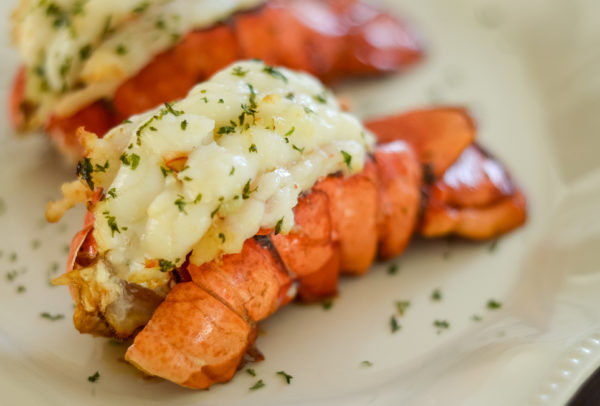 We actually enjoy serving the lobster tail with Filet Mignon, I’ll be sharing a recipe for that in the Ninja Foodi Grill soon as well.

This is the perfect classy recipe to add to your list of Ninja Foodi Recipes.  All of your friends will think you are so fancy…I won’t tell them how easy it is. 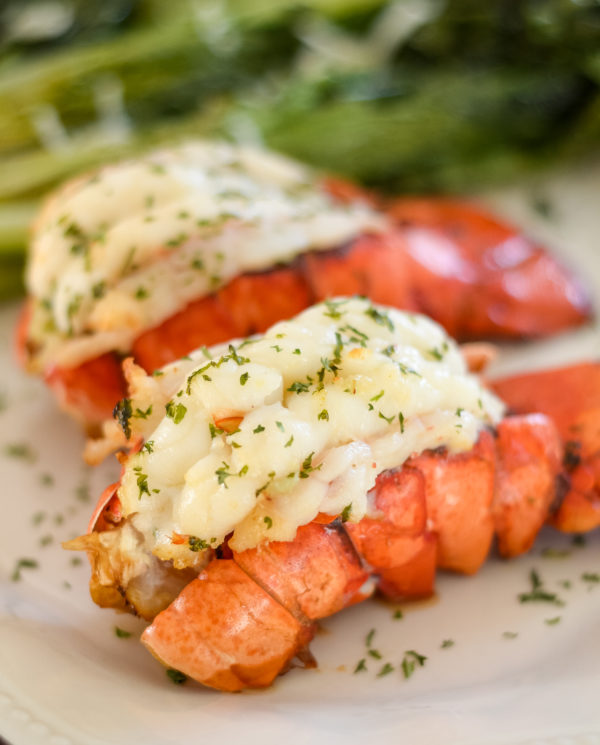 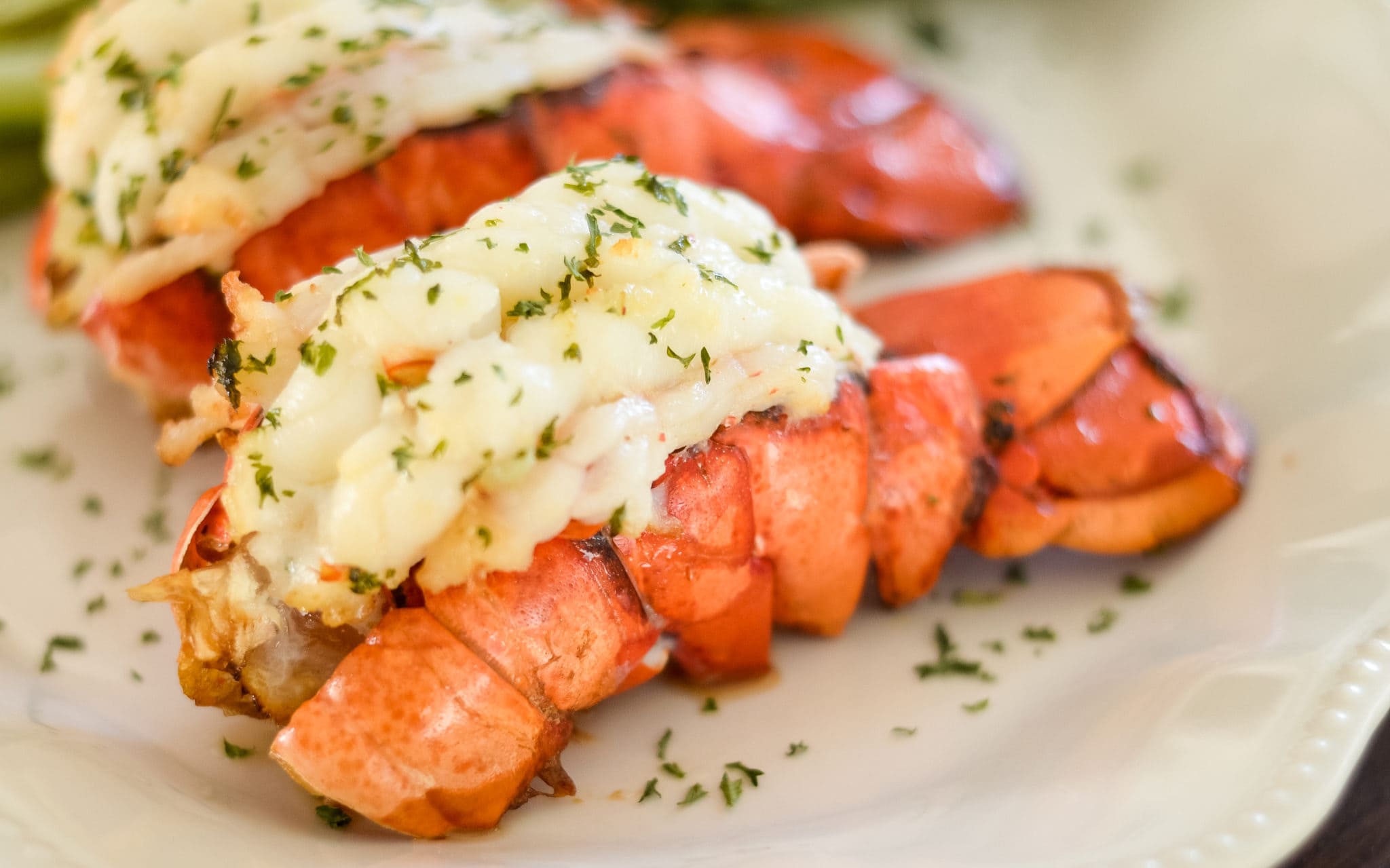 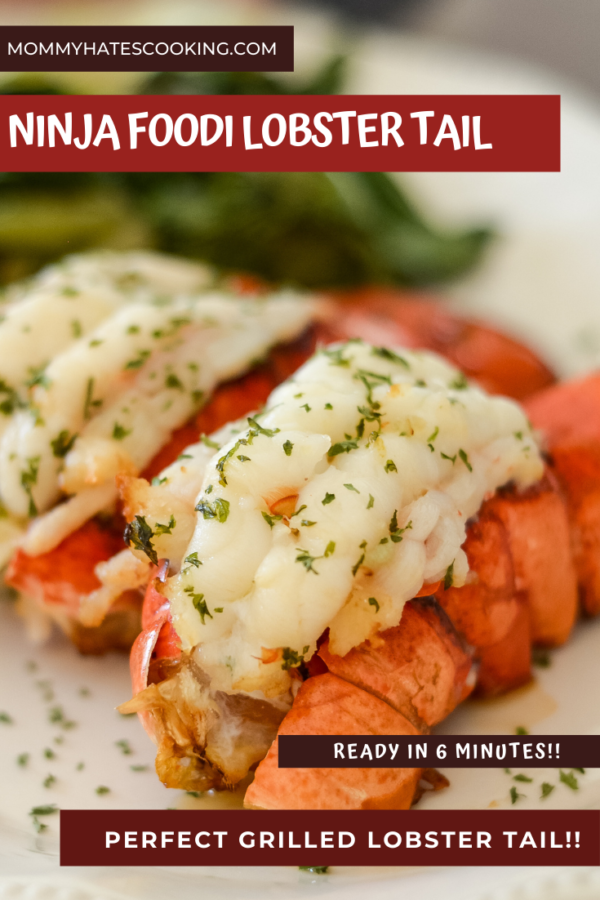