Get ready for a delicious dinner with these Slow Cooker Stuffed Peppers. 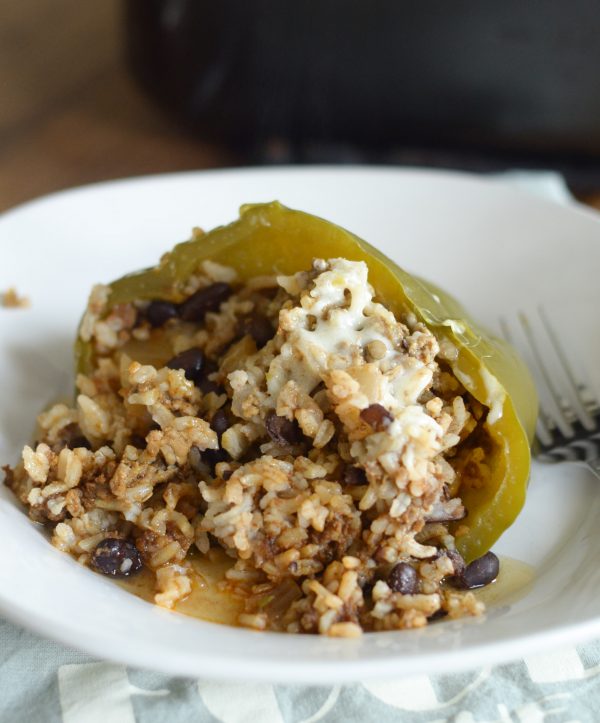 It’s HOT outside now in the middle of summer here in Oklahoma, and our garden is overflowing with bell peppers.  That means these Slow Cooker Stuffed Peppers were a must-have for dinner this past week. 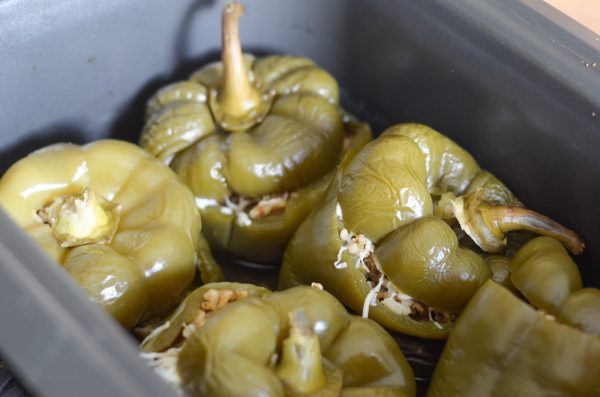 Now, I will say that they do tend to fall apart when you remove them because the pepper itself is so soft, but it was more like a hash that way, which I enjoyed.

We also had enough of the stuffing from the peppers that we used them a few days later on tortillas to make quesadillas with them.  We got a few meals out of these, which was really nice! 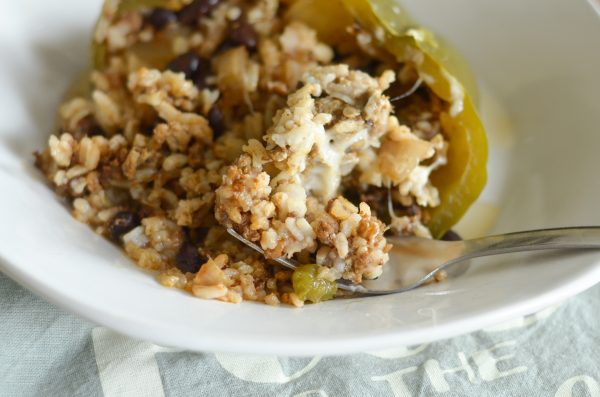 I decided to add the beef uncooked, but I know that’s a touchy subject for some people, so if you prefer just cook it first.

It really did fine though since I used lean beef, I just mixed it all together and stuffed the peppers, then let it cook all day long.

The beef was nice and brown and there was really very little grease if any because it was lean beef.  If you are using a more greasy beef, then I’d suggest cooking it first so your peppers aren’t greasy.

Can you make Stuffed Peppers in the Ninja Foodi?

That means you can honestly do these, either way, slow cook them or make them in the air fryer using the same appliance. That is one of many reasons why I love my Ninja Foodi.

More recipe ideas for it and information can be found here regarding the Ninja Foodi. 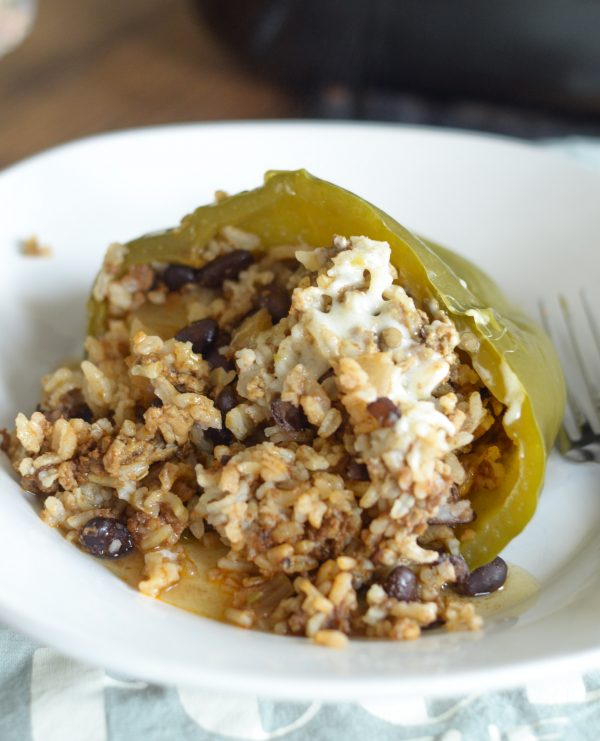 This also fills the house with a delicious smell too!  When you work from home you get to smell it all day long, I was ready for dinner by the time dinner came around.

Now, are you ready for a bite?  Time for some Slow Cooker Stuffed Peppers! 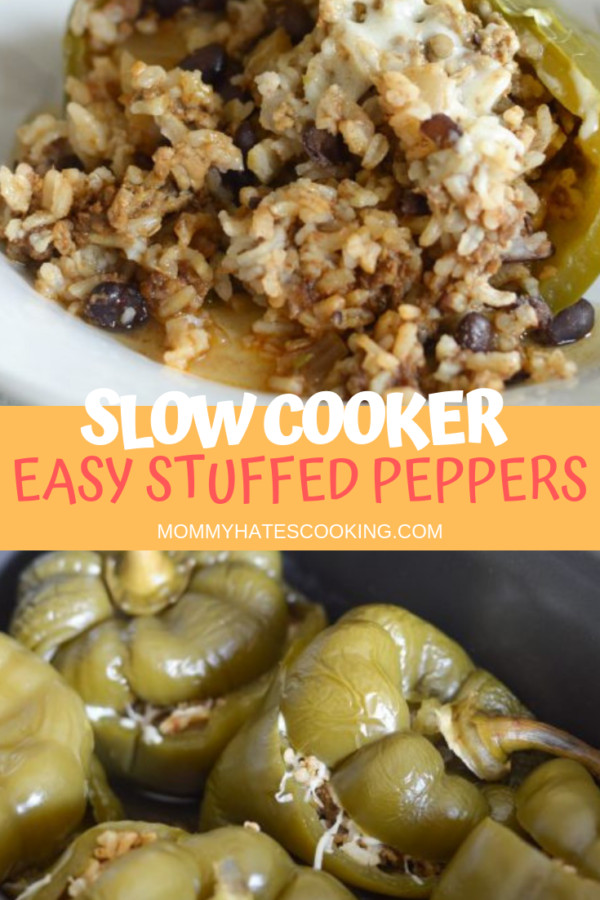