This post is sponsored; however, all thoughts and opinions are my own.

This time of year, I long for hearty, comfort meals.  Do you?  We have been working to fit in at least 1-2 meatless meals a week to give some balance to our menu.  I’ll admit some weeks I fail miserably, but my entire family was in love with this Vegan Shepherd’s Pie.

I decided to use lentils in this dish along with lots of mushrooms.  Did you know mushrooms are a great source of antioxidants, vitamins, and fiber?

As a kid, I had an aversion to mushrooms.  I actually thought they were all poisonous because our parents told us not to eat those mushrooms that grow in the yard.  I told my grandma they were when she was making us spaghetti as a kid.  Wouldn’t you know it…she got sick!  She got very sick, it wasn’t the mushrooms though it was something else entirely; however, I associated them with that for a very long time.

It wasn’t until I hit adulthood that I realized they were actually really good, and I basically gave them a bad rap all these years.  Sad, isn’t it?  I have been making up for it because between this Vegan Shepherd’s Pie and Stuffed Mushrooms, I eat them quite a bit!

I enjoy that it has a robust, full flavor, which really compliments this meal.

Once I had the vegetables nicely sauteed, I added in additional mixed vegetables, beef broth, and seasonings.  I decided to add in just a bit of Vegan flour to get it a bit more thick in consistency, just a tablespoon.

Then, I topped the entire dish with some homemade mashed potatoes.  I like to spread them out across a 9×13 dish.  Once they bake in the oven, let them get to where the tips of the potatoes are nicely browned to perfection.

This Vegan Shepherd’s Pie was scrumptious and perfect on a cold day.  I suggest you check out even more that’s #TrendingintheKitchen on social media too. 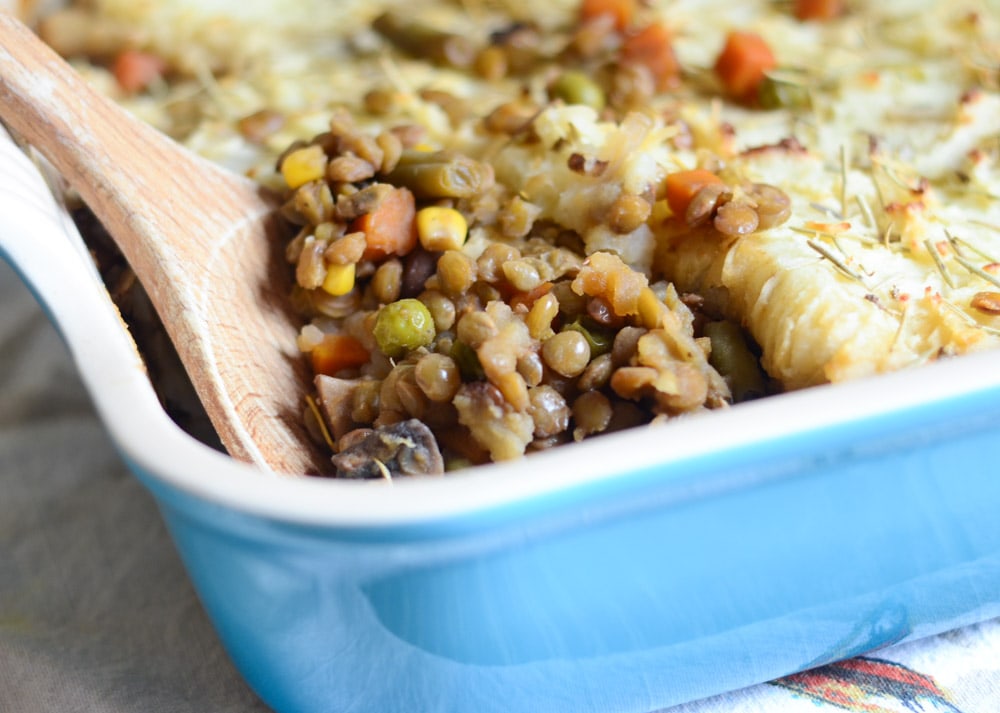