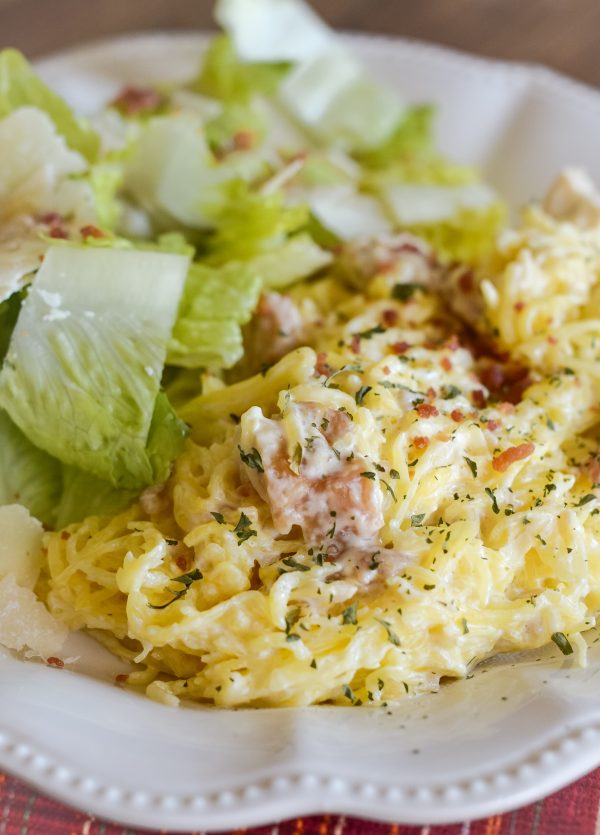 I could eat this every single day.  I guess that’s not too bad either since it doesn’t actually use pasta.  That means it’s not only gluten-free but also low-carb.

The real kicker though is that you would never know it.  I love serving this to my family because they get a great serving of vegetables without really knowing they are eating any.  It’s a win.

How should you cook spaghetti squash?

I shared this recipe originally back in 2013, that’s a long time ago.  Since that time, the Instant Pot craze hit the market and I am now obsessed with cooking spaghetti squash in the Instant Pot or Pressure Cooker.

I typically use my Ninja Foodi; however, it works the exact same as an Instant Pot or Pressure Cooker. 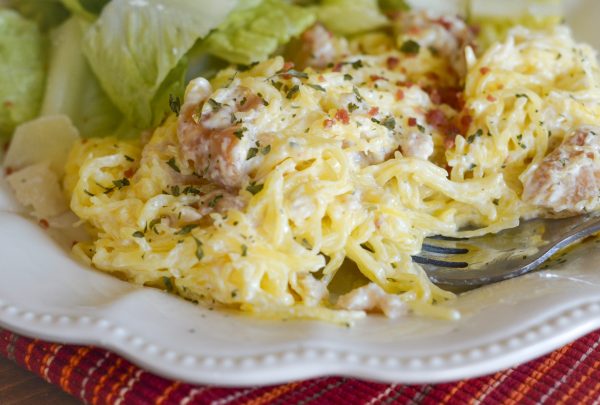 If you are going to make this in the Instant Pot, be sure to follow this recipe for Instant Pot Spaghetti Squash.  This is the method I follow to cook it now.

If you do not have an Instant Pot, follow my recipe below to boil it in a dutch oven or large stockpot.

This is the great thing about spaghetti squash, it tastes just like angel hair pasta or what you would refer to as spaghetti noodles.  It has the same texture as pasta, I actually think it tastes even better than pasta.

If you do not like spaghetti squash, this same recipe can be made with penne pasta, angel hair pasta, or your preference.

What do you need for Gluten-Free Spaghetti Squash Chicken Alfredo? 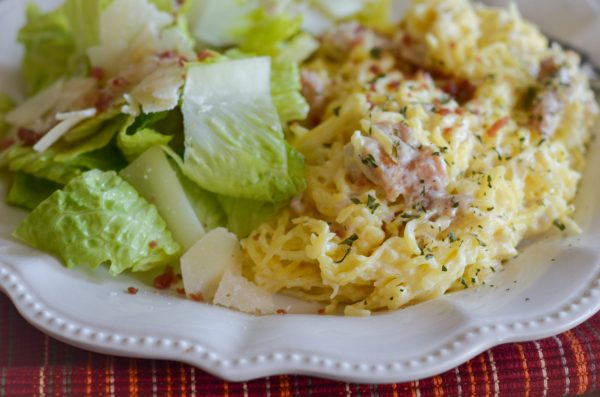 It’s easiest to prepare the spaghetti squash first, then start on the sauce.  As usual with any alfredo sauce, it hardens quickly if it’s left sitting or gets cold.  It’s best to use warm sauce right off the stove and serve this dish.

The leftovers do taste good; however, you will likely prefer it to be warm off the stove instead of preheated later.

I highly recommend using leftover chicken for this recipe, it’s the perfect recipe for it.  We will shred leftover chicken and add it to this and make a whole new meal.  This can also be made with rotisserie chicken as well. 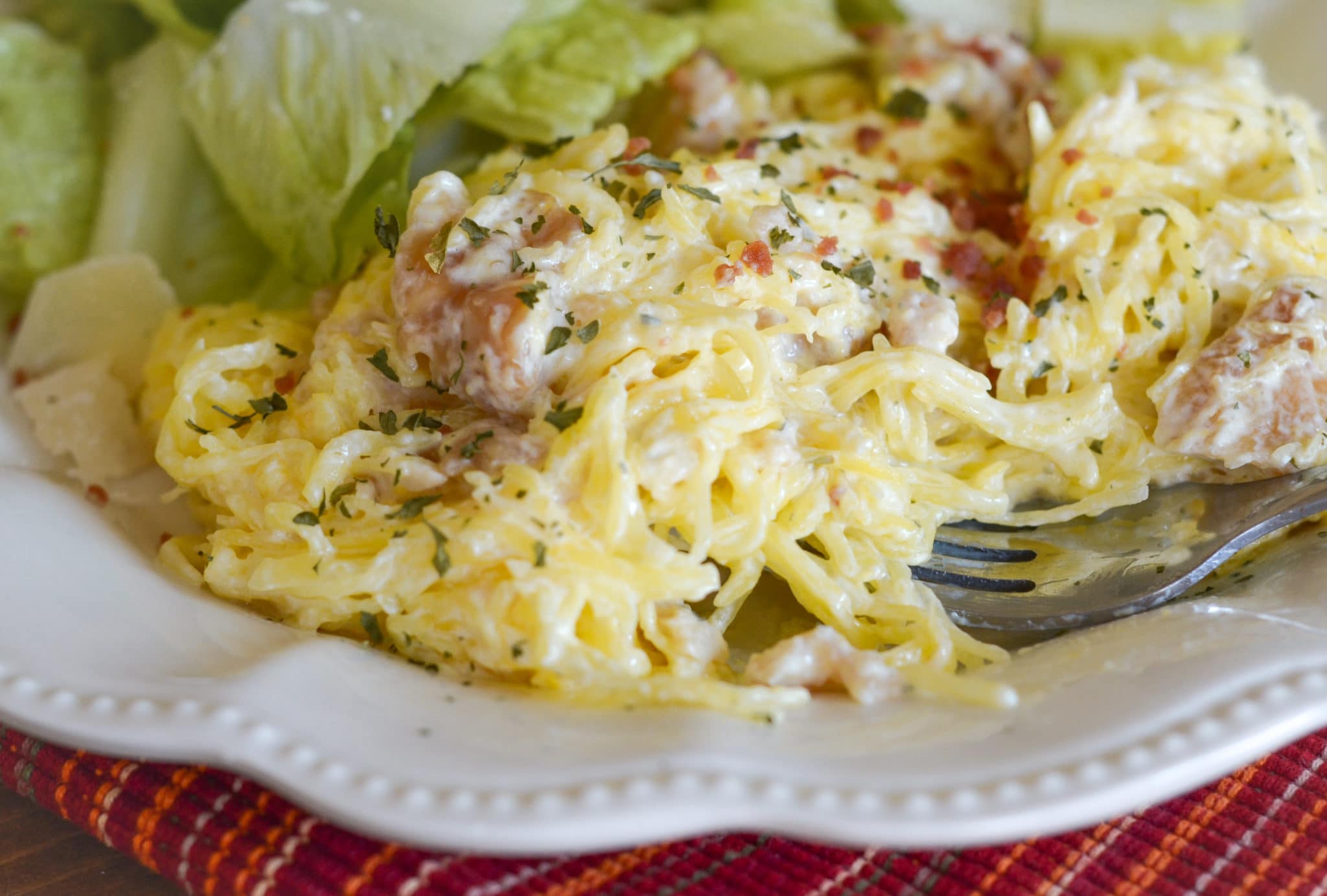 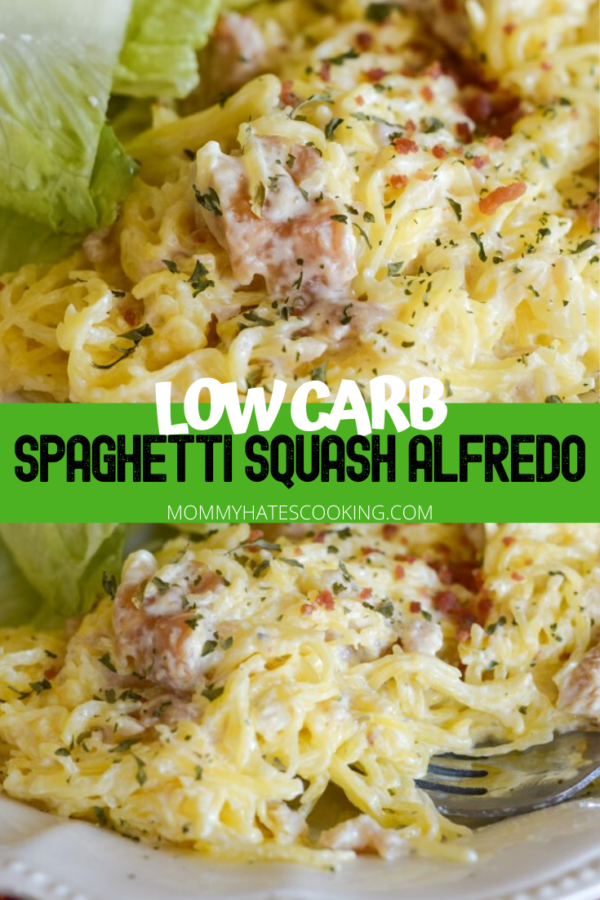