Busy nights call for some quick, go-to meals for the slow cooker.  These Slow Cooker French Dip Sandwiches are a great choice. 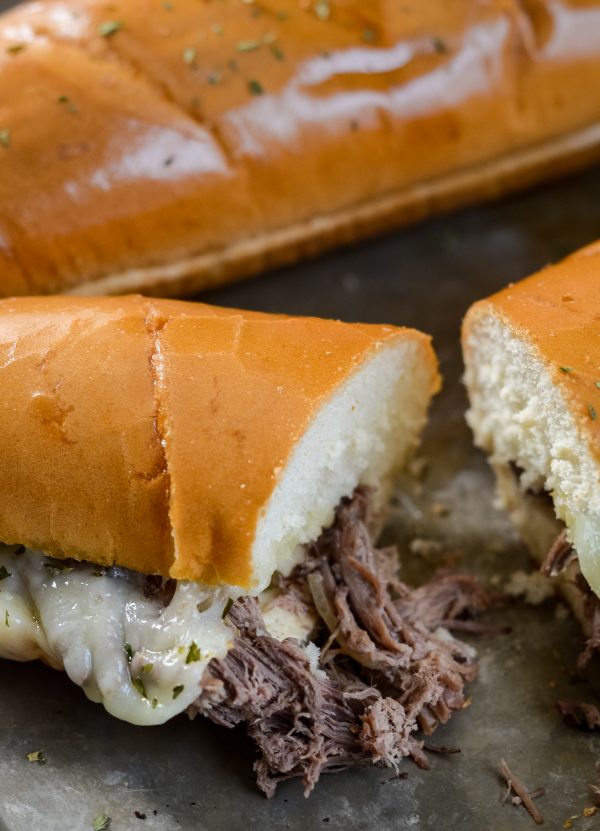 This is the time of year where my slow cooker and my air fryer both are getting lots of use lately.  Is yours?  I’ll admit though that I’m enjoying it actually.

It’s really nice to know that dinner is ready and I don’t have to rush home to get it done.  I like to prep the slow cooker the night before so that it’s ready to go in the morning.  It makes it so much easier for me to get things going in the morning. 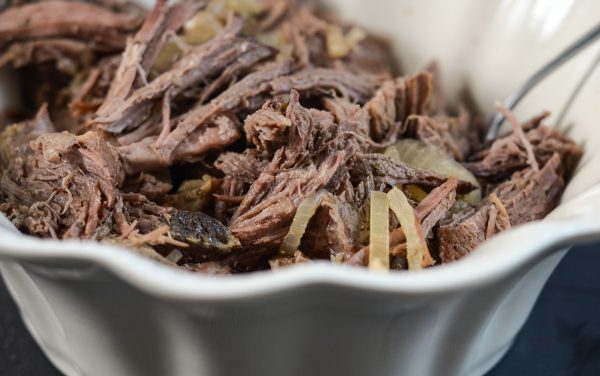 Our mornings tend to be rushed, which is mostly my own fault.  What can I say…I can’t get out of bed.

What is a French Dip Sandwich? 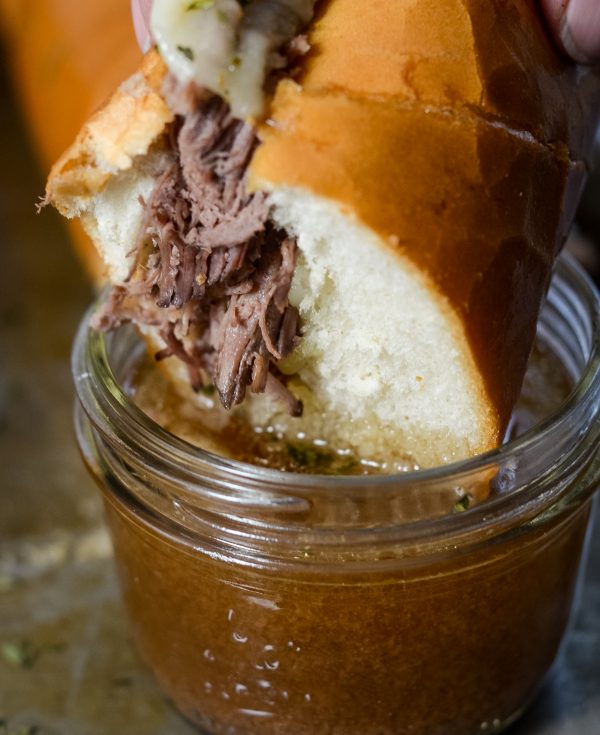 Honestly, I’d say Arby’s introduced me to the French Dip Sandwich as a kid.  Sad, but true.  I still remember going there after dance class and having that for dinner. 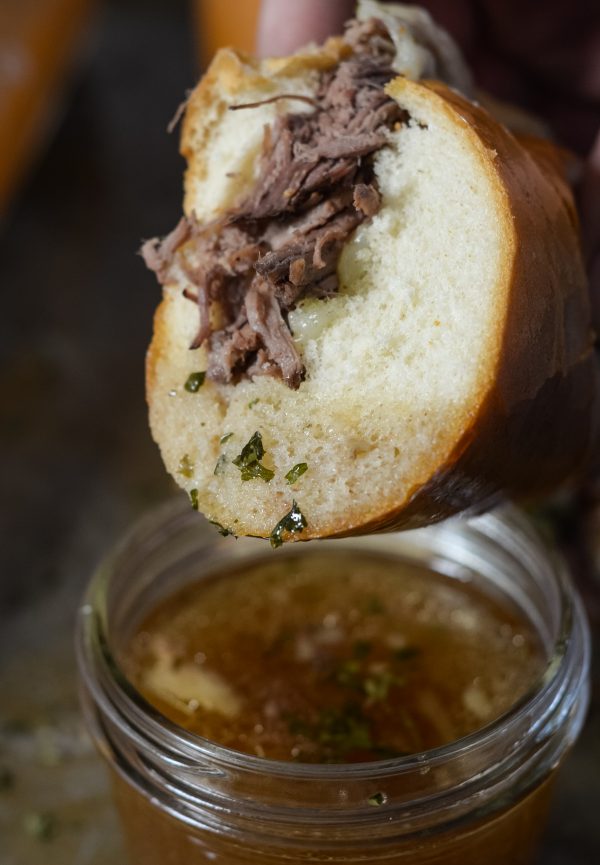 But what is a French Dip Sandwich?

It’s actually a hot beef sandwich that traditionally had thin slices of beef.  It is typically served on top of a French roll and then you use the pan sauce to create the au jus for dipping.  It’s a wonderful warm sandwich. Of course, it also normally has cheese on top at least here in the US.

What type of cheese should you use for Slow Cooker French Dip Sandwiches? 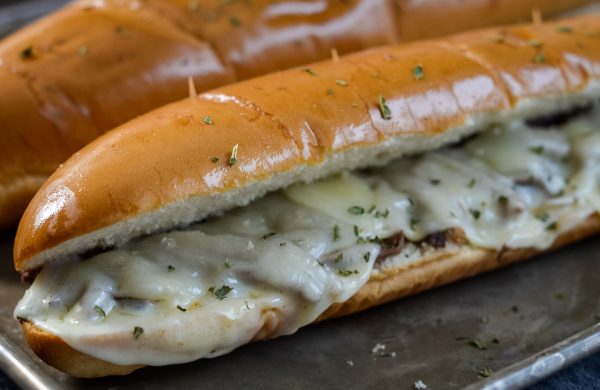 We prefer Provolone Cheese; however, you can always use Swiss Cheese as well.  I believe it’s Arby’s that uses swiss cheese on their famous French Dip.

Provolone Cheese is an Italian Cheese that is aged for a few months before serving.  It has a nice, sweet taste that really compliments the flavors of the French dip.  It also melts well too, which is nice for this french dip sandwich.

What type of meat should you use for Slow Cooker French Dip Sandwiches? 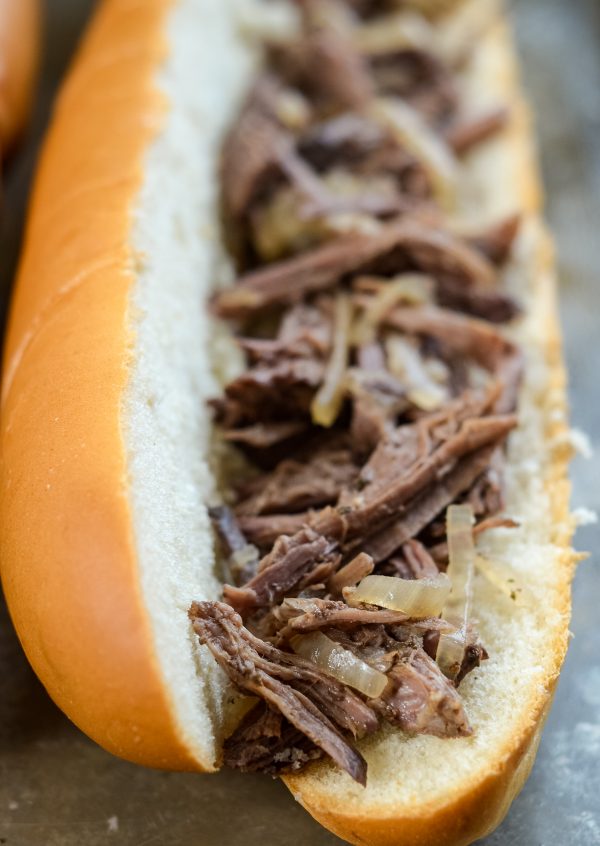 French Dip Sandwiches are made with a boneless roast, we prefer to use a chuck roast.  It’s ideal to use a very tender roast, that is the taste you are going for.  The roast will simply fall apart, which is exactly what you want. 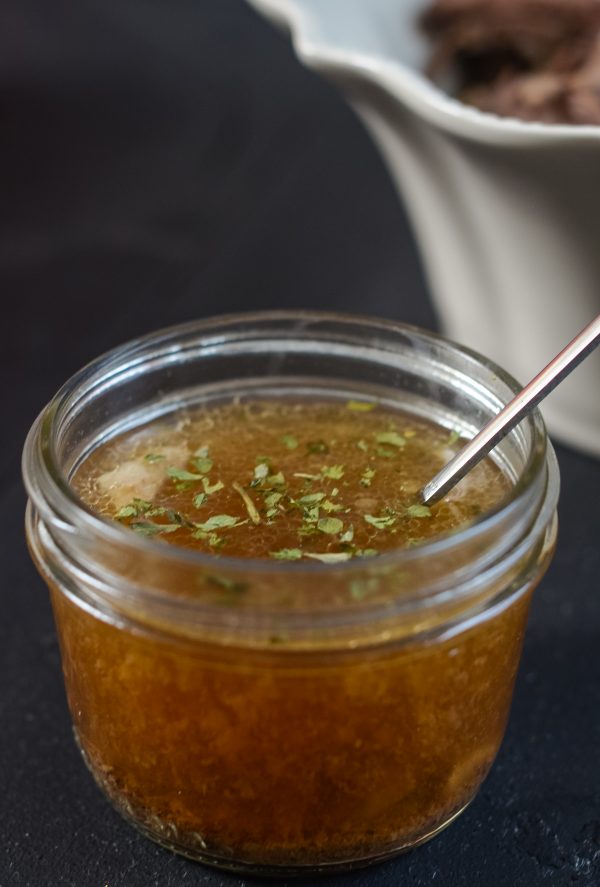 If you prefer, you can easily brown the roast on all sides before adding it to the slow cooker; however, this is merely a preference.

This recipe can be made in the Ninja Foodi, add it to your list of Ninja Foodi Recipes!

We like to use one long French Baguette and cut it down to smaller portions; however, you can also use individual sized French Baguettes too.  Again it’s up to you! 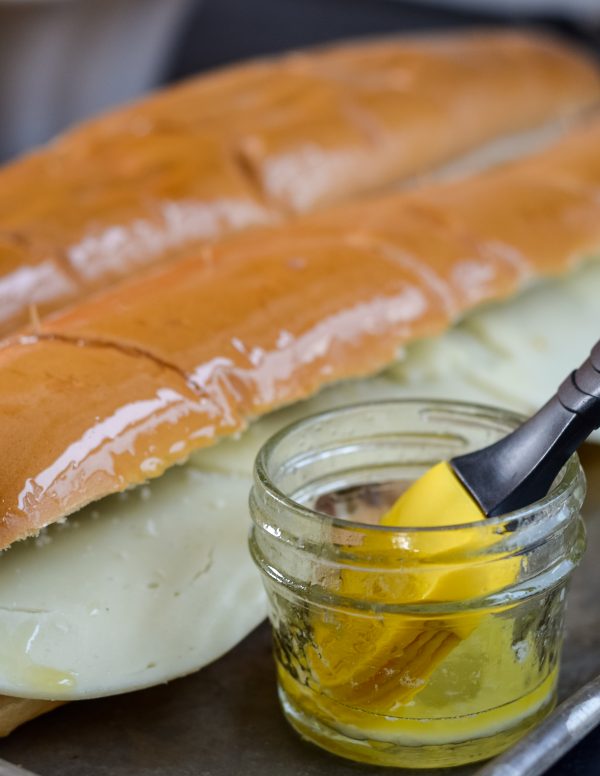 Remember to reserve the au jus or pan sauce from your slow cooker.  This will be used for dipping.

Once you are done layering your baguette, we like to add a little bit of garlic butter to the top before baking it in the oven. 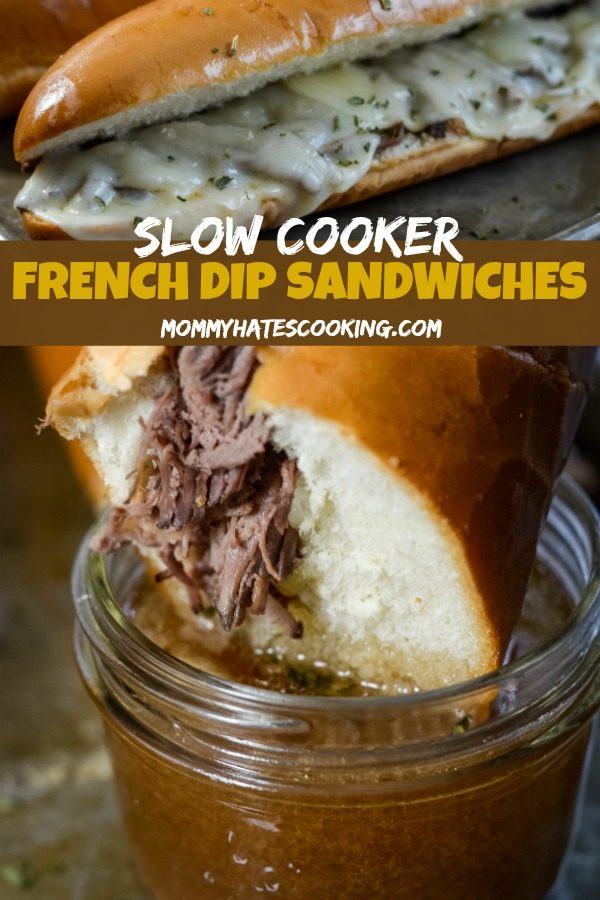 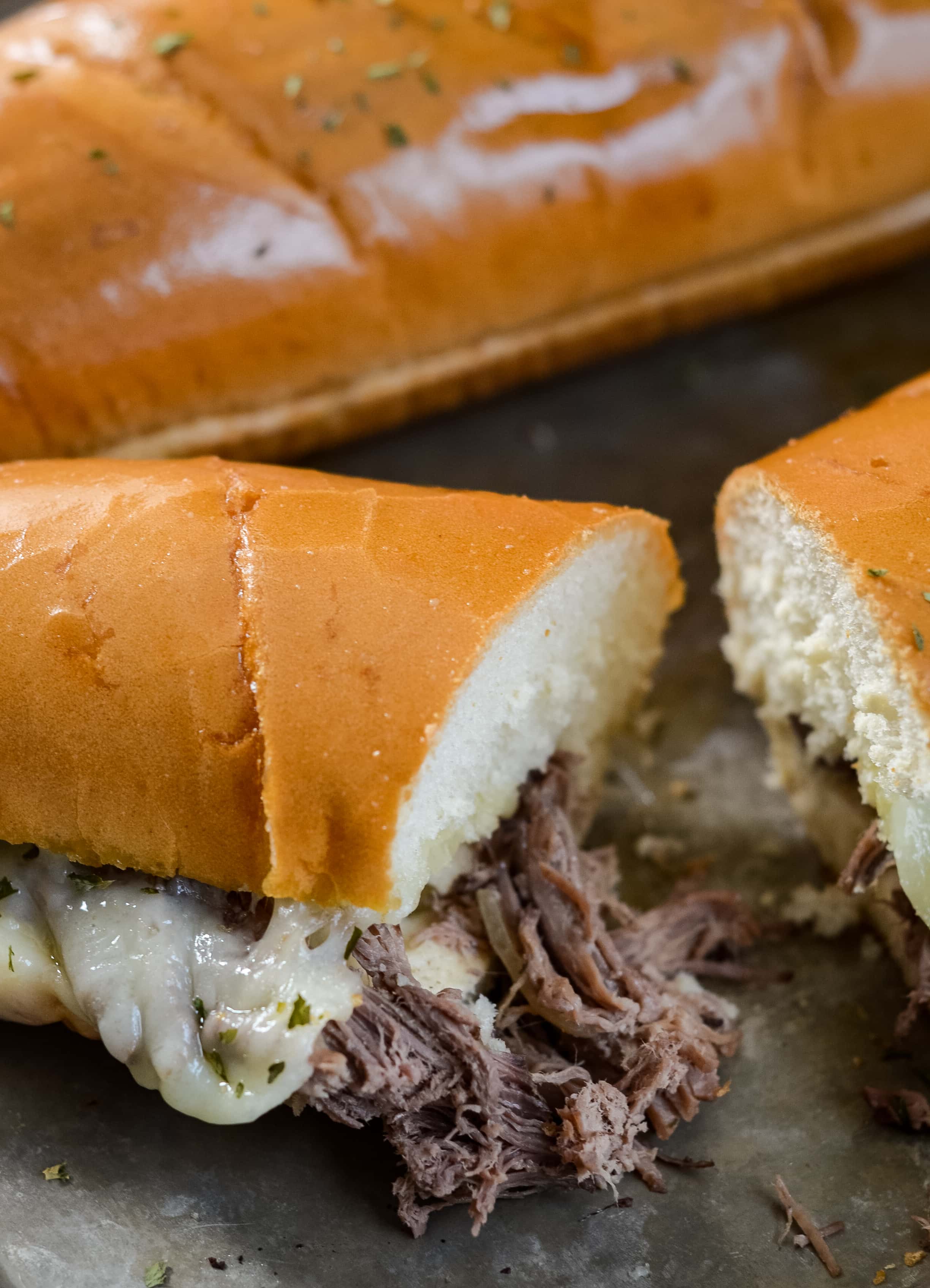