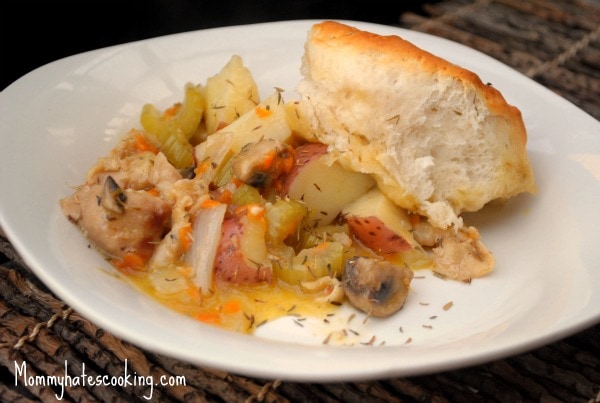 This may possibly be the best pot pie I have ever tasted.  Why?  It was not creamy like the traditional pot pie.  This recipe called for chicken broth and flour to make the pot pie a bit thick but it was not overly thick.  The recipe also used biscuits to cover the pot pie instead of a traditional crust.

I will admit that I cheated and used canned biscuits as oppose to making Emeril’s biscuits.  Although the recipe looked simple, I was starving and looking to get this finished quickly and just happened to have a few cans of biscuits in my fridge.

My husband agreed that out of all the meals so far this is our favorite.  It also made me realize how many other ways I could utilize this, possibly making individual pot pies next time using biscuits as well.  I also appreciated the use of so many fresh veggies, this dish was packed with veggies so it was a one dish dinner which I love! 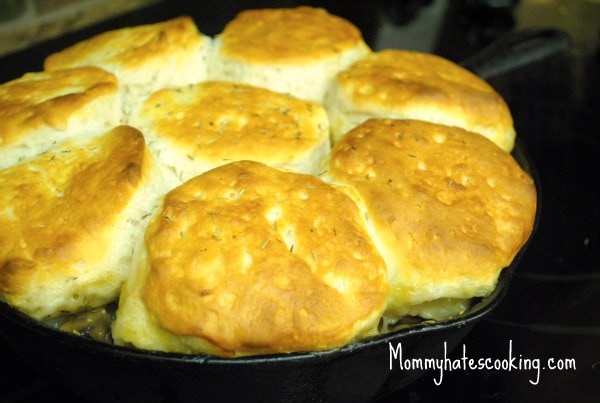 Another thing I was appreciative of is that it only used one skillet.  The cast iron skillet was used on the stove primarily and then popped in the oven to cook the biscuits for a few minutes and dinner was served!

I have really enjoyed trying out these recipes even if a few of them wore me out!  Now, it’s your turn to try Emeril’s recipes from Sizzling Skillets. 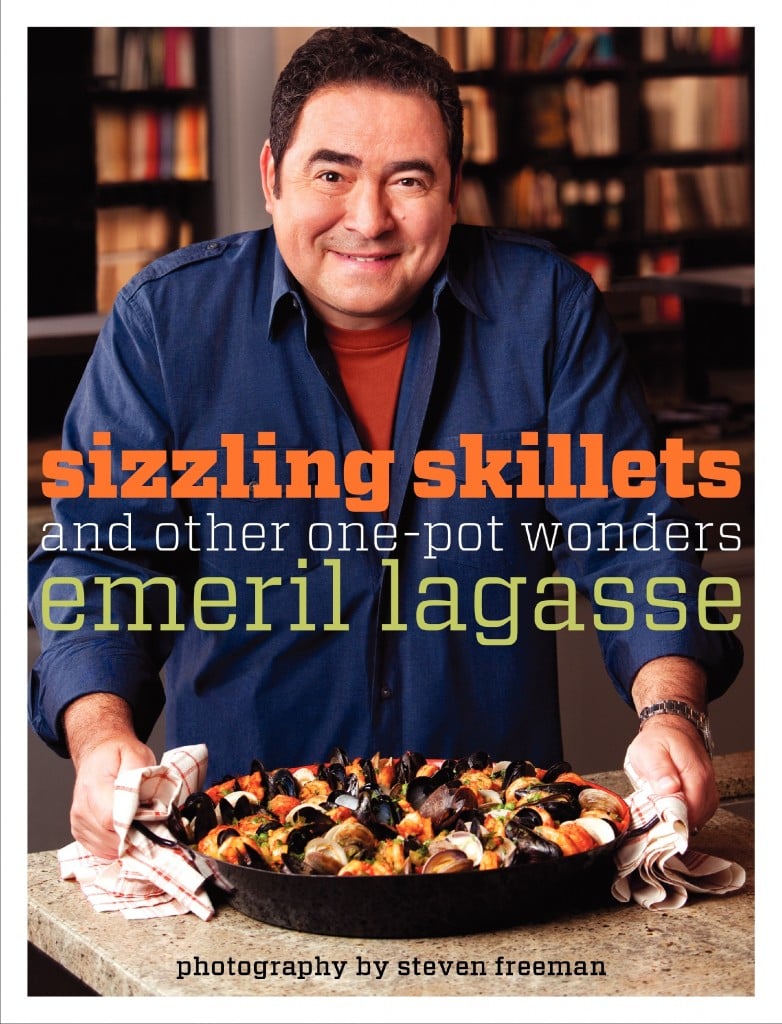 Today, is the giveaway for Emeril’s new book Sizzling Skillets.

1. Leave a comment letting me know what you love about Emeril or a recipes that you have tried.

This giveaway will begin now and end on Sunday, October 2nd at 11:59 CST.  The winner will be announced on Monday.

Disclosure: I was given a copy of his book to try out recipes and to give one away.  The thoughts and opinions are my own.