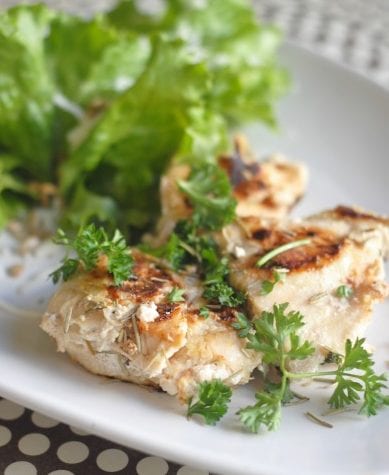 At some point I may come out from the fog of the paint fumes, maybe.  Was it really my idea to paint our entire house before we moved in?

It seemed like a really good idea at the time, but I am now just ready to move in.

Luckily, we will be done soon and I know I will be thankful later that we can move in and not worry about repainting any time soon!

How do you make Seared Rosemary Chicken?

Before we moved in I was able to try out a few last recipes at our old house, one of them was this Chicken with Rosemary Sauce on Cooking Light.

This turned out to be an easy dish paired with a salad, then for lunch, I put it on a bun and made a Chicken Sandwich.  It was the perfect way to re-purpose leftovers.

I added a few sauces and it tasted like a whole new meal!

This chicken did not exactly turn out the way I originally intended, but it was still delicious and it turned into Seared Rosemary Chicken.  I should add, that’s not because I burnt it either!

As I was cooking this I noticed the sauce was very watery, so I decided to look it continue cooking until the sauce had totally soaked into the chicken.

It was delicious, juicy and had a very good subtle rosemary flavor.

I served it topped with a little additional rosemary and fresh parsley.  I love herbs and rosemary is by far the top of my list, so you can never have too much!

Are you ready to whip up this easy, healthy dinner? 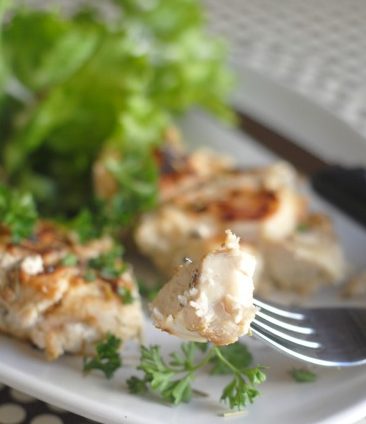 This recipe is adapted from Cooking Light. 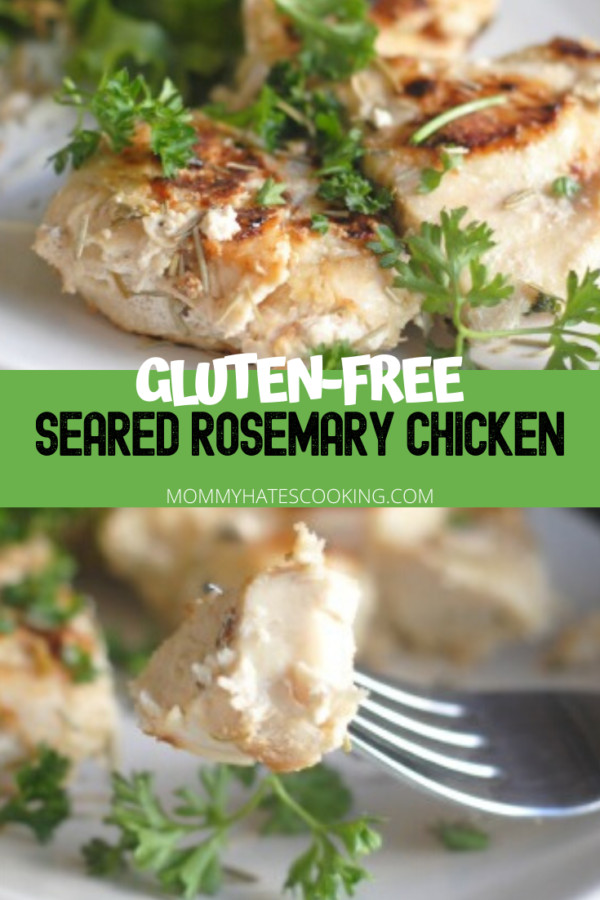