If you have a fear of cooking because of possibly a little one grabbing that hot pan off the stove, than this Potsafe Kitchen Accessory is just for you.  I’m sharing this post in partnership with Potsafe, all thoughts and opinions are my own. 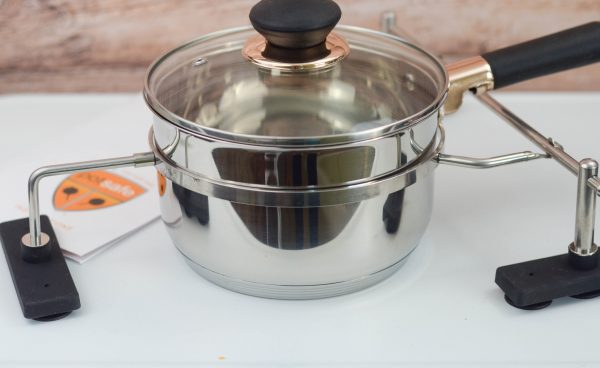 I think every mom has that moment when in just a split second something awful may have happened to a little one in your life, many times it can be prevented but often times it’s not predictable either.  I’ve had several of those moments over the course of motherhood, one being this past summer.  We had our carpet replaced in our home and a carpet knife with a guard on it was on the counter.  My son started playing with a hammer that was around from the tools and my daughter picked up the knife.  In a split second I turned around and she had tried to get the guard off just enough that it nearly sliced her finger off.  I can’t even begin to express the horror that came over me, it was awful!  Of course, I’m sure my reaction is what scared her, clearly, I need to work on my reaction and facial expressions.

That showed me that day though just how quickly everything can go from perfectly fine to not in just a second!  There are so many accidents that do happen because even though we are all watching our kids, they are dare devils and tend to get into things within seconds. 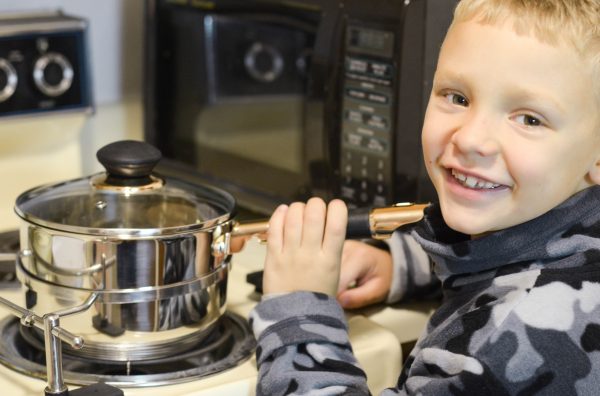 Just this past month, I’ve been reviewing this Potsafe Kitchen Accessory.  The idea behind this is a suction device that keeps the pot of boiling water or pasta, on the stove, so that little ones cannot waltz by and grab that pot of boiling water or pasta off the stove and right onto themselves.  This was always a fear of mine and sometimes still is one because we cook so often.  My kids learned at a very young age that they weren’t to be near the stove, but it doesn’t mean they don’t try.

Not only is this great for helping avoid the little fingers pulling a pot off the stove, it also helps if you are like me and are teaching a young one how to cook.  For me it is like an added safety feature, so that as my son is stirring that pot of macaroni, he isn’t going to loose grip off the pot and end up with it on the floor or himself.  I’ll say the tricky part with teaching him to cook is that he is left handed, so everything I do is opposite for him and many times I forget that! 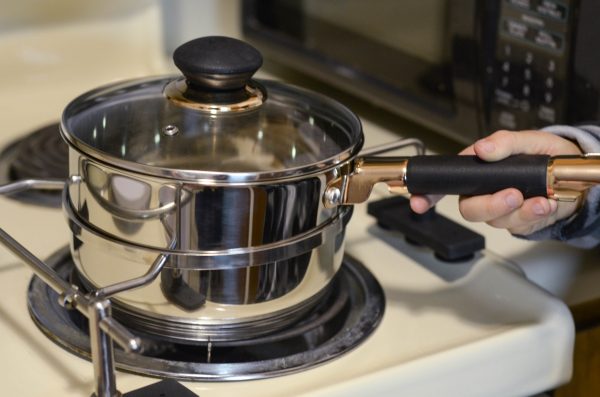 A few things to note about Potsafe is that it can only be used on an electric stove.  I also wished it raised up just a bit, but they do offer a variety of sizes and they come with the pot as well, so you get the pot and the device all in one.  It’s easy to follow instructions to put it together, then it simply suctions onto the stove.  Then, the pot goes right in the middle on the burner.  It’s simple and perfect to help give another level of safety; however, it is still not recommended to leave the stove unattended obviously. 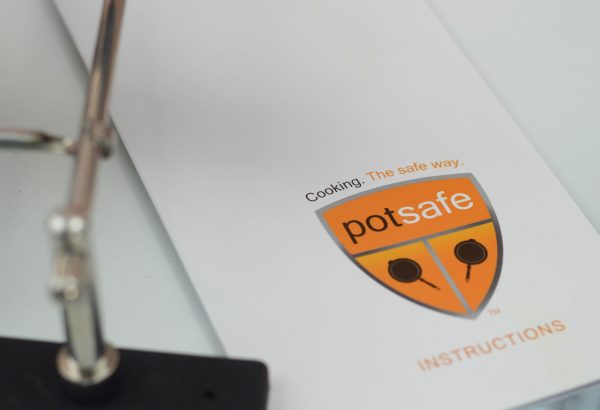 If you would like to check out more, head on over to Potsafe Kitchen Accessories for the full details!