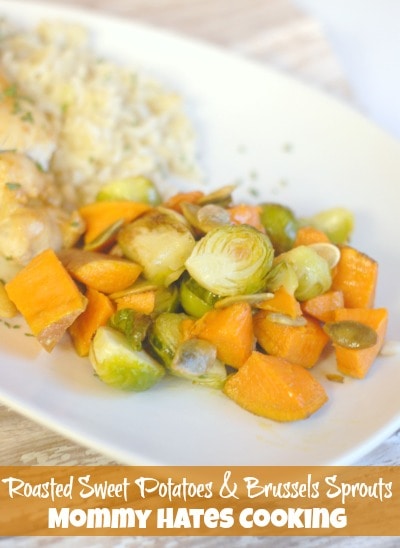 A few months ago, I had the opportunity to eat at a delicious restaurant in the heart of Chicago.  Sadly, I can’t remember the name of it but the food I can still taste…it was that good!  As I ate, I kept trying to remember the taste and flavors so that I could recreate some of it at home.  One of the items was a Sweet Potatoes & Brussels Sprouts mix that had toasted pumpkin seeds in it.

I literally could of eaten the entire dish of it and this was a family style restaurant so that was a BIG bowl.  It was also with several business people, so it probably would of been very inappropriate for me to just start eating out of the bowl, but that thought did cross my mind a few times…or more than a few.  Who is counting anyway?

As soon as I got home, I knew I was going to try to remake those.  I ended up making some that did not taste exactly like it but they did come close.  I will say that I’m adding rosemary in the recipe as ‘optional’ because they would have probably been out of this world good with a little rosemary.  I had intended to use some then could not find it.  Of course, the next day I found it in the pantry where I was looking all along!  Apparently, it was in hiding. 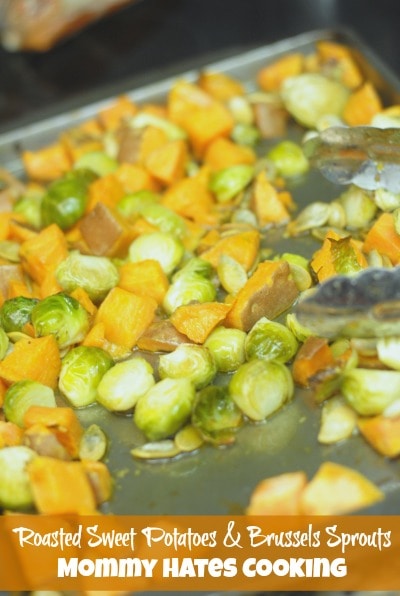 I left the skin on the sweet potatoes and diced them up into small chunks.  Then I cut the Brussels sprouts in halves and placed them in one layer on a baking sheet.  Next, I poured olive oil over the veggies and a little garlic salt plus added the pumpkin seeds.  This is the part where you would put rosemary on them too.  Then, I let them roast in the oven for about 20-25 minutes until they were tender and slightly browned.

I loved them!  My husband wasn’t as big of a fan because he really hates Brussels Sprouts.  I am not a huge Brussels Sprouts fan either but any time they are roasted, I can eat lots of them! 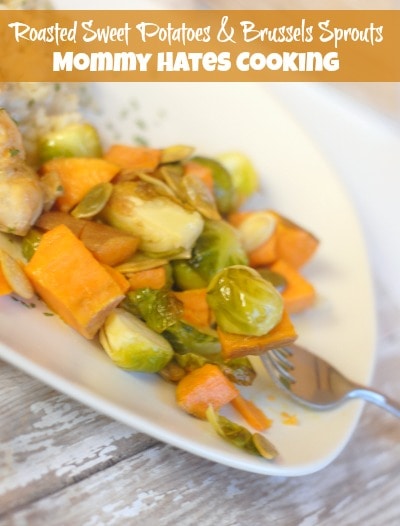