Ninja Foodi Rosemary Roast and Potatoes is a nice, savory meal that is made using the slow cooker function of the Ninja Foodi.  This roast recipe is one that we’ve enjoyed for many years. 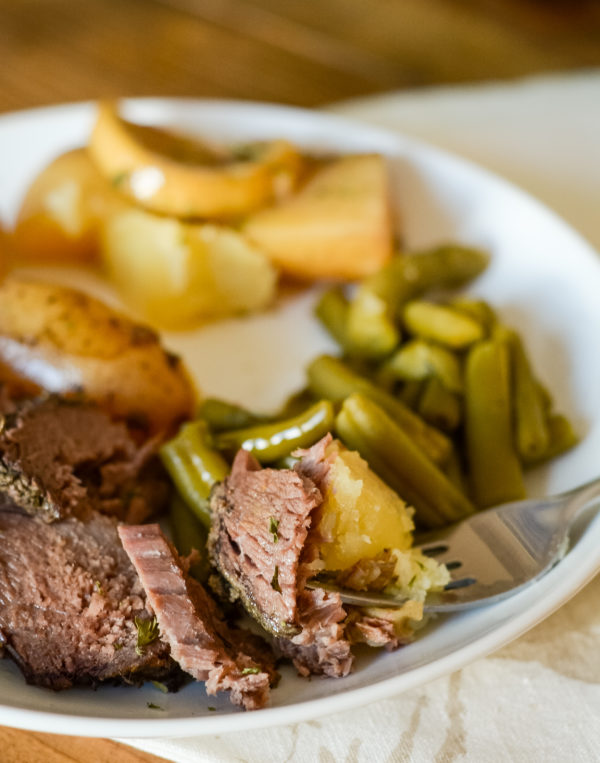 This particular roast isn’t one that is soaking in the liquid for hours, that means that you will need to cut it with a knife.  Many times when making a roast, such as this Slow Cooker Maple Roast, it soaks all day in liquid, which means it just falls apart as you lift it out of the slow cooker.

That’s not going to be the case with this one, it will likely be still nicely held together. The flavor of rosemary, garlic, and lemon, give it a nice savory taste with a tender texture.

How do you make Rosemary Roast and Potatoes in the Ninja Foodi? 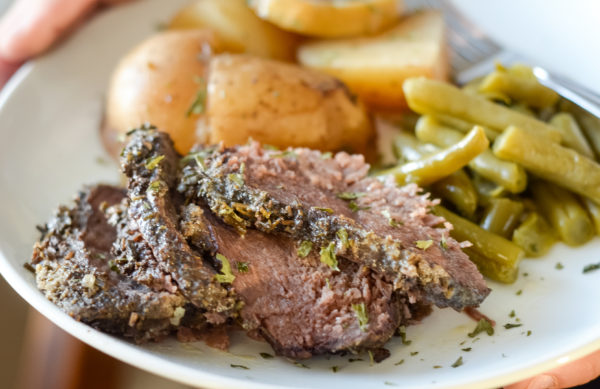 Add this recipe to your list of Ninja Foodi Recipes, it’s easy to make in the Ninja Foodi using the slow cooker function.  That’s all you have to do and you will have it ready to go.

Check out the Ninja Foodi if you haven’t already!

Be sure when using the slow cooker function that you be sure to have the nozzle turned to ‘vent’ using the pressure cooker lid.

What cut of meat should you use for a roast? 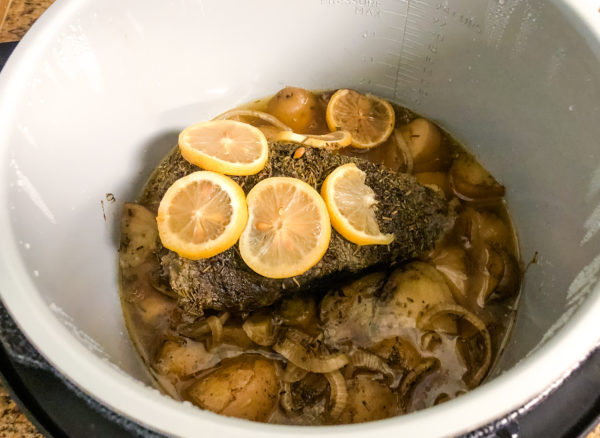 Chuck Roast Beef is a wonderful choice for a roast, it’s a great texture and rich in flavor.  It really soaks in the garlic, lemon, and rosemary in this roast.

What potatoes should use for Ninja Foodi Rosemary Roast and Potatoes? 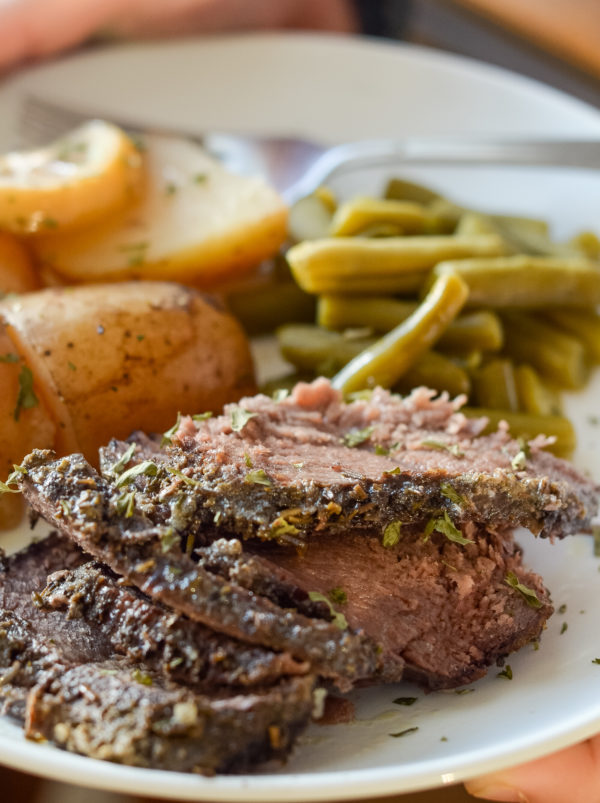 I suggest Yukon Gold Potatoes, those seem to be the best for this and come out nice and soft after slow cooking all day.  My kids love that the skin falls right off, which for them is the best because they aren’t big fans of potato skin.

The potatoes work the best when they are quartered, then placed on the bottom of the pot of the Ninja Foodi or slow cooker, place the roast right on top.

Can you make this in a traditional Slow Cooker?

Of course, it can be made in any slow cooker, cooked on low for 8 hours! 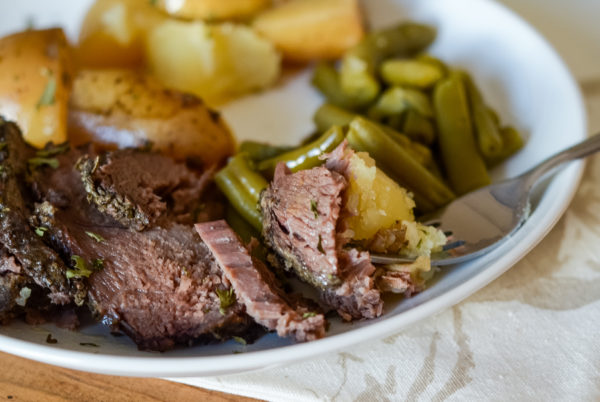 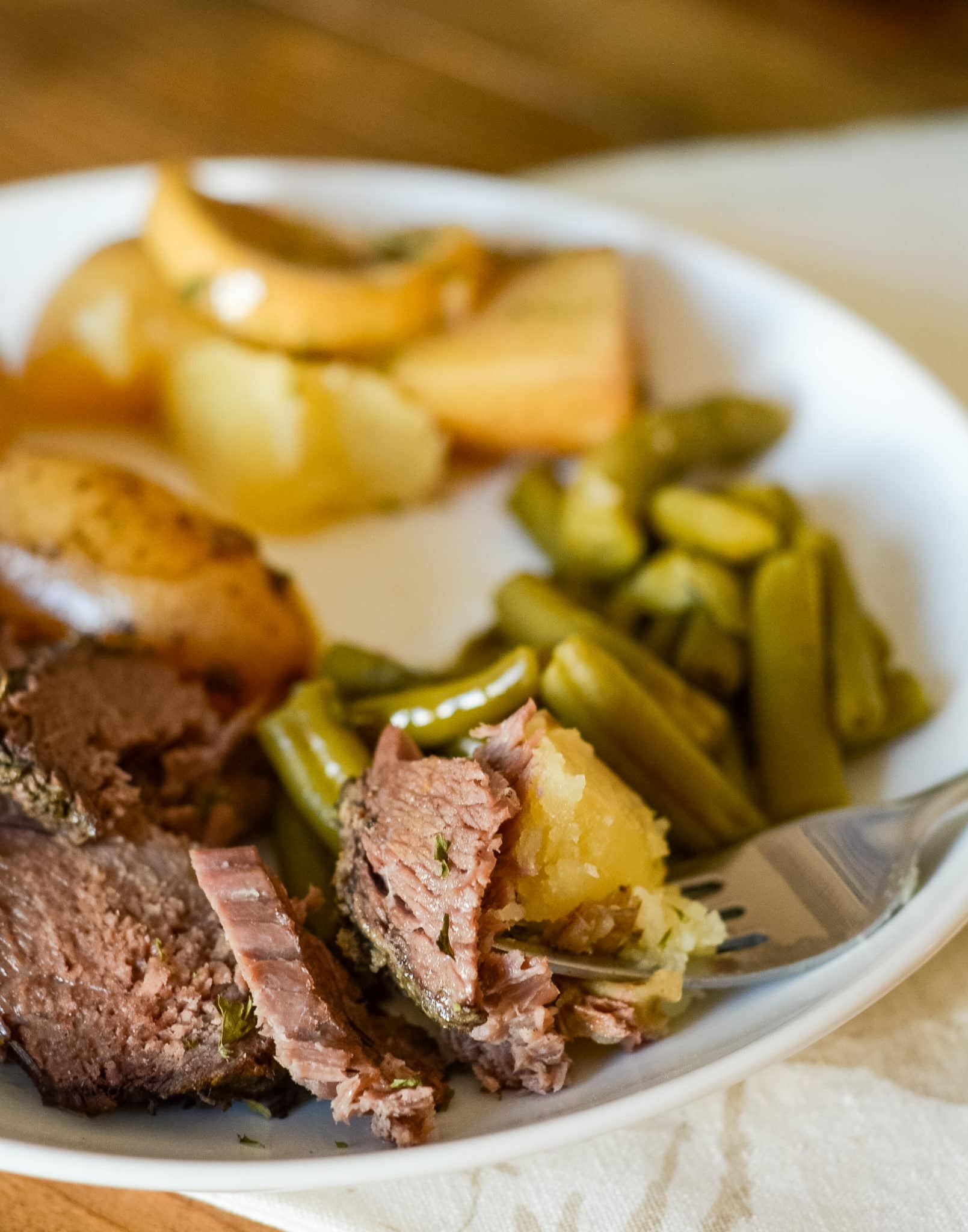 If you use the Ninja Foodi, remember to use the pressure cooker lid with the nozzle set to 'vent' or the glass lid. 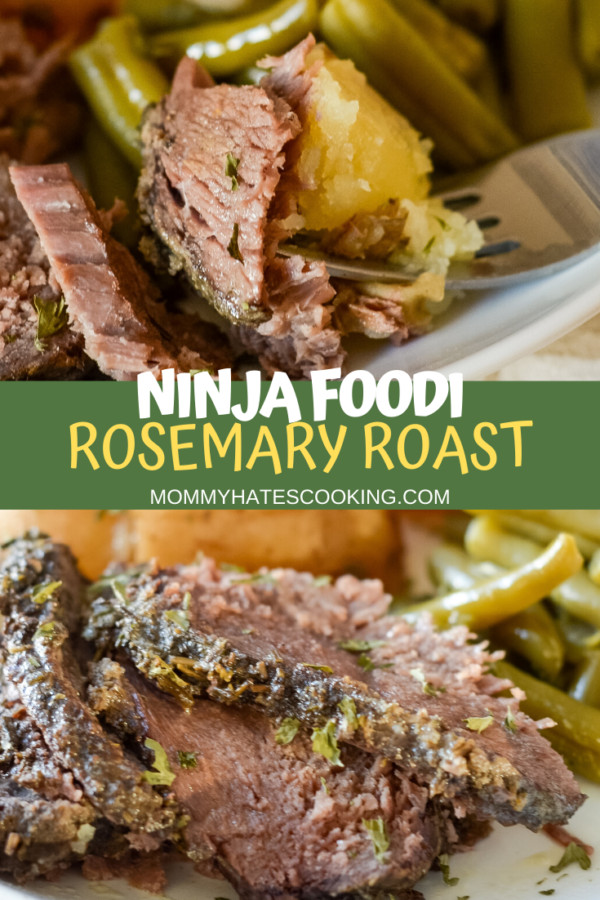