This Slow Cooker Apple Cinnamon Roast was actually a recipe I made YEARS ago. It has always been a go-to roast recipe for us during the winter months, but this year I thought I’d try it out with the Ninja Foodi. 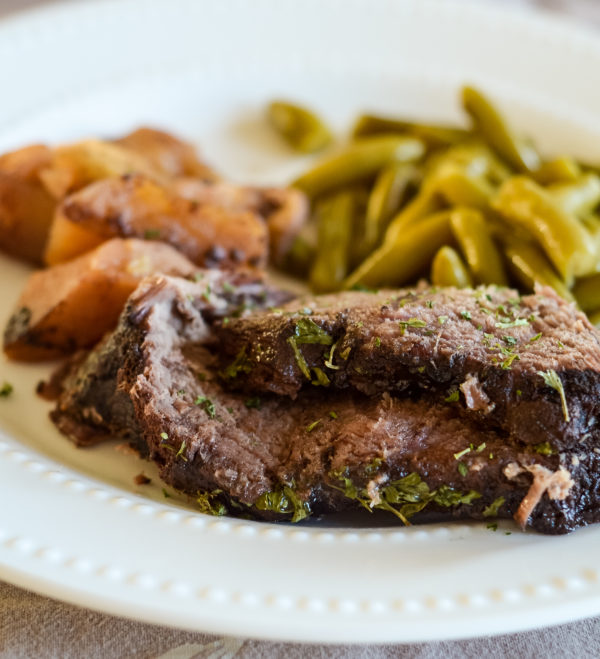 It’s turned into just another great recipe to add to my list of Ninja Foodi Recipes. This is a great Ninja Foodi Roast Recipe too!

Can you use the Ninja Foodi as a Slow Cooker?

Yes, if you are using a Multi-Cooker Ninja Foodi, such as this one.  The slow cooker function is easy to use and one that I use regularly. I actually replaced my slow cookers with the Ninja Foodi. 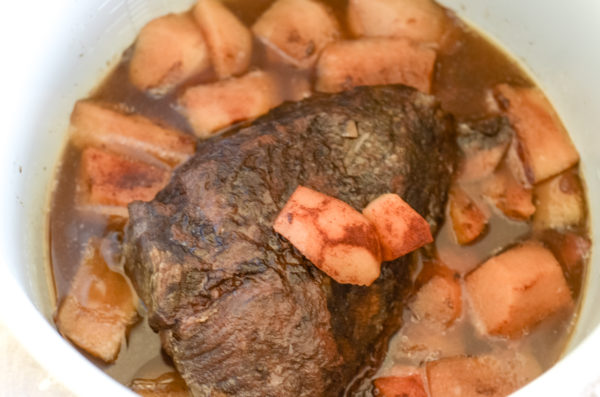 The only thing you will need to do is use the correct lid and button in order to make this work as a slow cooker.  If you are using it as a slow cooker, you will use the pressure cooker lid that was the additional lid with your Ninja Foodi.

The lid will need to be secured and then the nozzle moved to ‘vent’. 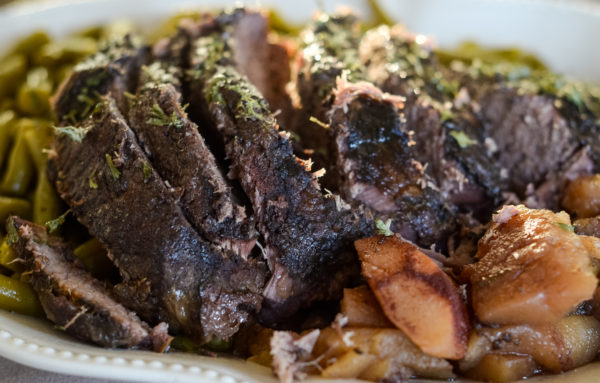 If you prefer, I just recently purchased a glass lid for my Ninja Foodi.  This basically turns it into a traditional slow cooker, complete with a lid that you can see in to be sure everything is cooking properly.

How does Roast taste in the Ninja Foodi?

It will come out exactly like it would in the slow cooker.  Ours is typically nice and tender, you can cut it apart and then shred it with your fork as you eat it. 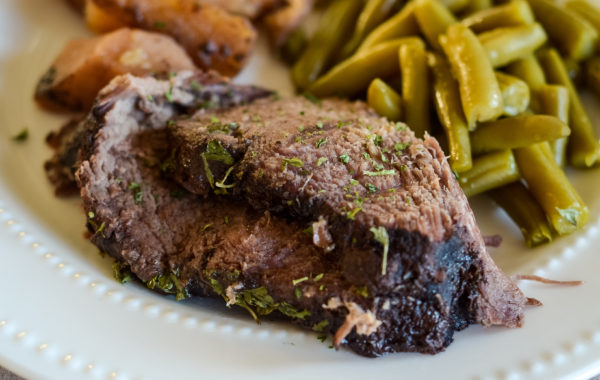 It pairs wonderfully with a variety of sides, in this case, we are going to use apples to give this roast flavor.  The apples can be served right along with it.  Then, we typically pair ours with green beans.

Roast Recipes for the Ninja Foodi or Slow Cooker: 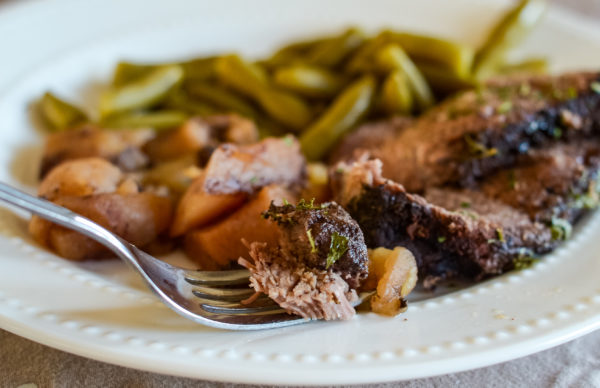 Here are more roast recipes for the Ninja Foodi that are perfect to try.

What accessories should you purchase for the Ninja Foodi?

The Ninja Foodi has several accessories that work well with it, check out these accessories for the Ninja Foodi.  I’d also suggest the glass lid too as it’s a great option for slow cooking.

Be sure to check out the Ninja Foodi Archives for more recipes! 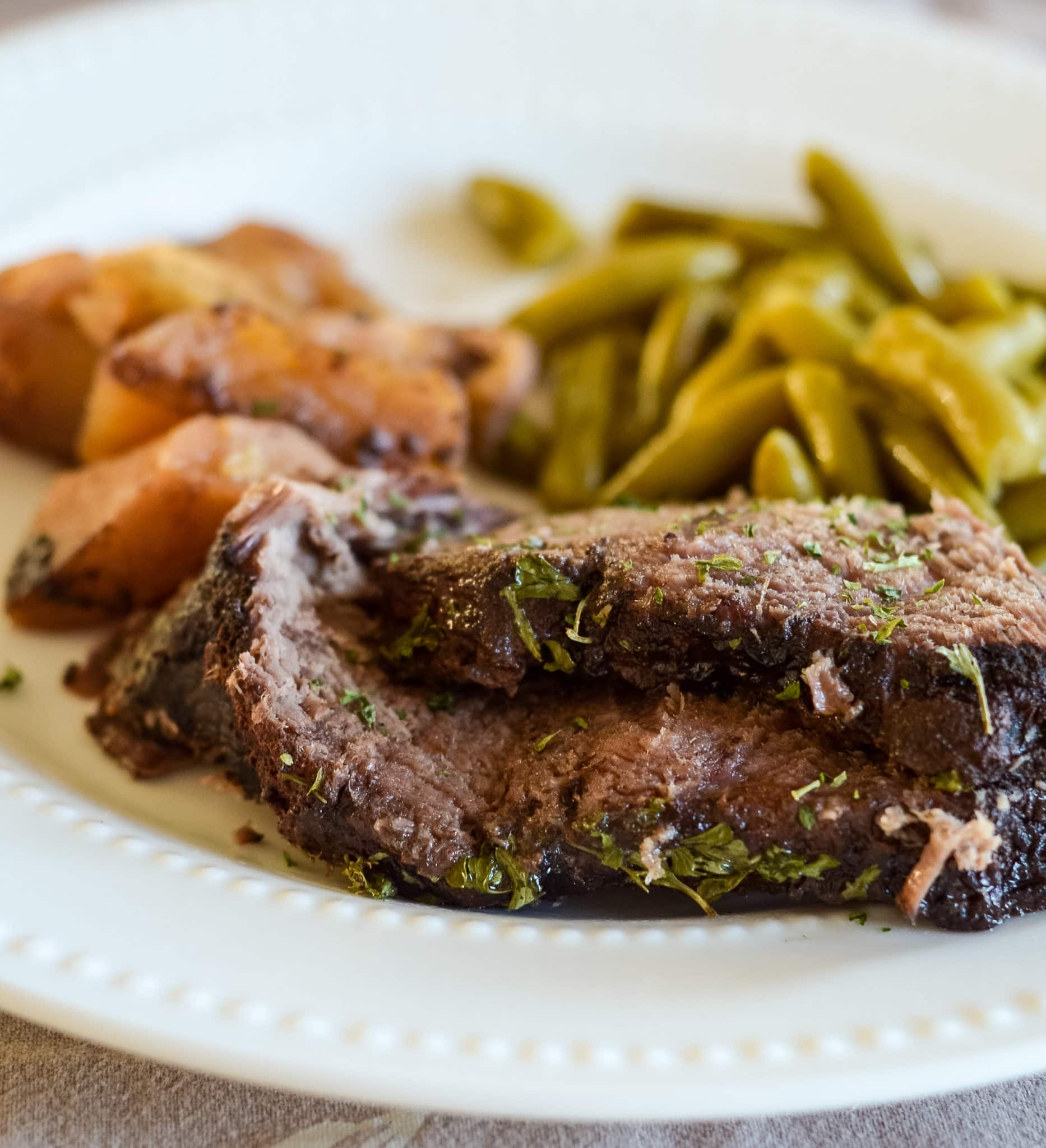 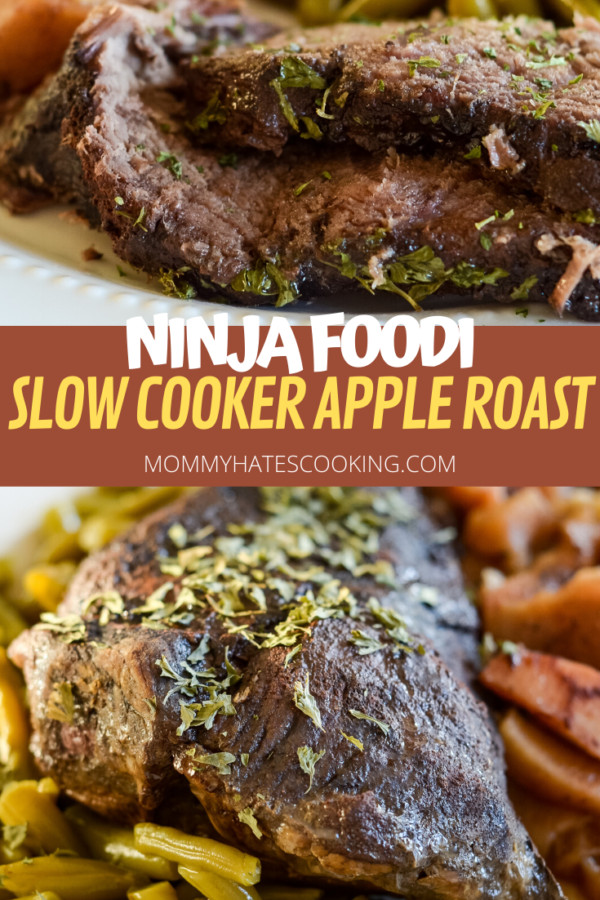