If you are having a cookout, these Grilled Sweet Potatoes are a must have.  I’m sharing this recipe in partnership with The Produce Gathering. 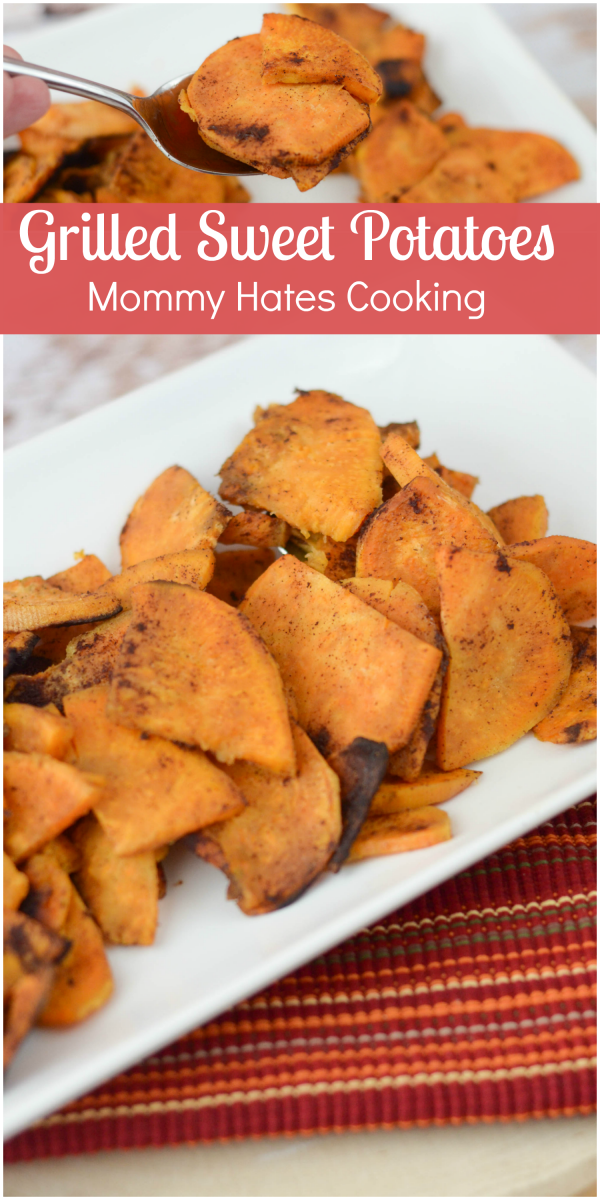 The past few times that I’ve picked up my produce basket from The Produce Gathering it’s been packed with sweet potatoes.  I should say HUGE sweet potatoes.  We use them frequently during the winter months, but during the summer we tend to use them a bit less.  I thought though since we were cooking out, I’d grill a few and see how those taste.  I was absolutely thrilled with how tasty these turned out!

I decided to thinly slice these up and place them on greased tin foil, then I topped them with a little bit of cinnamon and butter.  After a few tries, I’ve decided melted butter mixed with cinnamon is by far my favorite way to do it, then just evenly pour the melted cinnamon butter over the sweet potatoes. 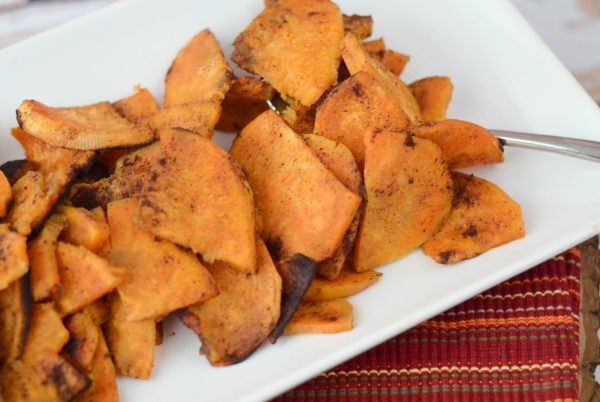 Once they are nicely coated, wrap them up and grilled them for about 20-30 minutes on medium-high heat.  It’s best to keep a close eye on them, but they will be nicely toasted with a hint of cinnamon butter.  My husband says that they would be even better with marshmallows on top too, which I have to agree but if you want to skip the calories then just pass on those.  I chose to pass on those, but they sure sounded tasty! 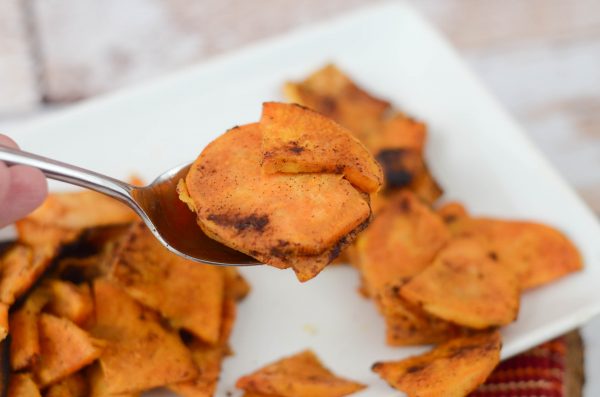 Do you love sweet potatoes?  This recipe is also a good one for fall cookouts too.  We tend to have more cookouts in the fall than we do the summer…that heat I’m telling ya…it’s awful! 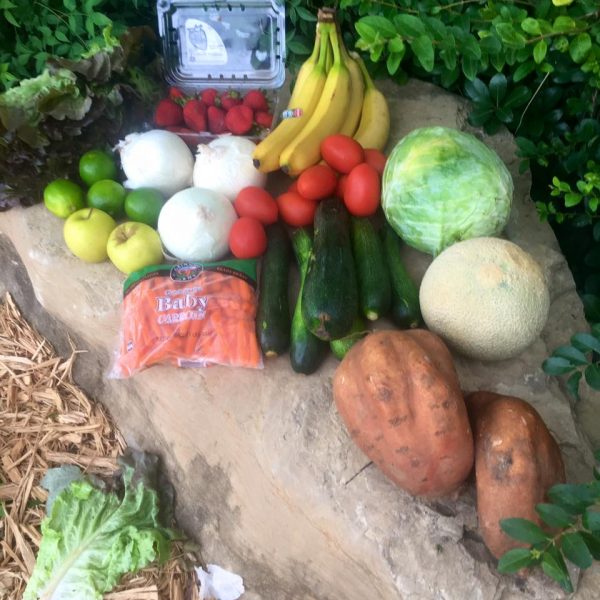 Right now, you can head over to The Produce Gathering and enter in code MHCMember to get your FREE membership, then you can see what all they have to offer.  We typically get the family basket and that last us just over a week or so with produce, sometimes a bit longer depending on how much is in the basket that week.  My kids love the produce days when we get our basket because it’s so fun to whip up so many fresh recipes.

Now, are you ready to try these?  Enjoy! 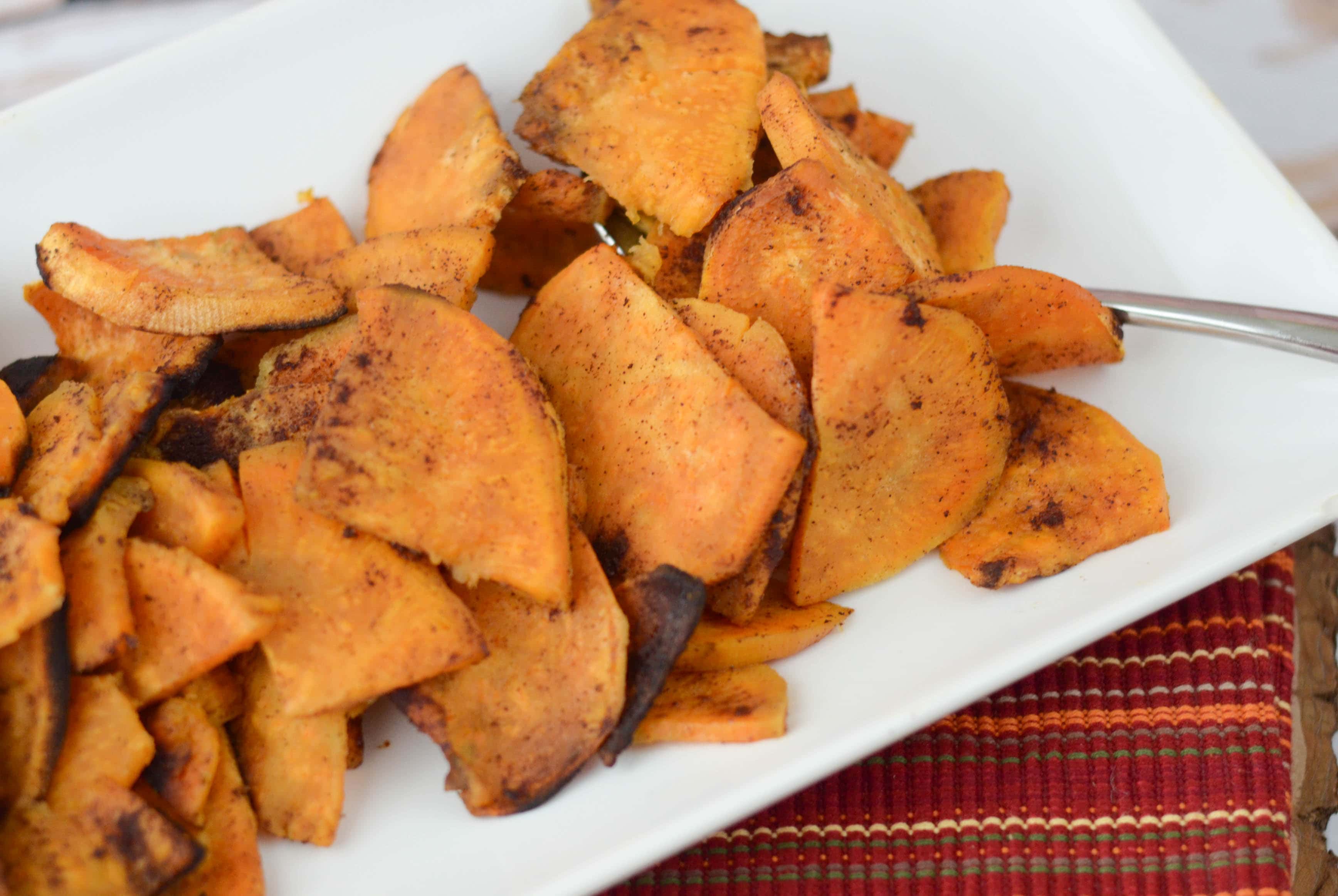