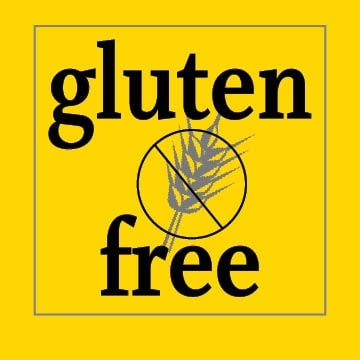 I’ve mentioned a few things about being Gluten Free on Facebook recently; however, I have not really posted about it or told my story on what has been happening lately in my life or I should say my body.  Let me warn you this is going to be much longer than my usual post and more personal, but it affects this site and my future recipes.

Since I was a kid I have had nothing but stomach troubles, I always related it to being lactose-intolerant.  I would push through the pain with several varieties of medicines.  Plus, to put on top of that I have severe reflux and GERD.  Usually the reflux gets the blame for everything.

Then, bring it up to about the last few years, nearly every other day I would be sick to my stomach so much so I could hardly get moving in the morning or I would be drinking sprite and eating crackers on a daily basis.  I can’t even fully describe to you the pain I was in.  When I was pregnant I was in so much pain that I ended up in the hospital.  Again it was all blamed on just stomach cramps or pains.

After the stomach pain came the fatigue, it felt like chronic fatigue sometimes taking me hours to truly get moving in the mornings and then after an hour of doing something I would need to take a nap.

Next came the vomiting, every morning it was like a ritual for the last several months.  I knew that immediately after I would eat, I would be throwing up.  Every family member I talked to continued to ask “are you sure you aren’t pregnant”.  At some point, I just wanted to scream, I AM NOT PREGNANT!  Trust me, I took test, several of them hoping that’s what the issue was, but it wasn’t!

Finally, the hypoglycemia.  I constantly felt as if my blood sugar was dropping, but why wouldn’t it be because I was throwing up every time I ate!?

All of these things collided this past month.  I was so sick, so much that it was a miracle for me just to get my son to school and get home and go back to bed.  It was all I could do to cook dinner and get work done!  When my son would wake up, I would just want to roll over and cry because I was so extremely fatigued I could not even play with him.  It was bad enough that each day I would just pray he’d sit with me and watch a move for a few hours in the mornings.  This was something we hardly ever do during the day.

I had enough, I knew something was not right.  I felt this immense despair that at age 28 this was going to be my life, day in and day out would be a struggle just to get up, to eat, to function and truly live.

Keep in mind that I had several test run back in the summer for all of these issues but nothing was found to be wrong.  I started googling and talking to friends that are gluten free finding out their symptoms and finding out that almost each one of them was not officially diagnosed gluten free but simply tried the diet and it worked.  It is extremely difficult to diagnose and most people that are gluten free find out they need to be by trying the diet.

The more I talked to each friend that is gluten free the more I felt like they were telling me all about my life, they had lived it and been there!  They each spoke volumes about how incredible they felt just within days of going gluten free and that the most results though you will see several years later as your body takes a while to heal.

The first part was to try it for 2 weeks and see what I thought and really stick to it cutting out the gluten.  I will tell you that I wanted to cry my eyes out as I realized everything I normally bake with contains wheat.  Then, shortly after that I started realizing all the things that I could eat and how easy some of my recipes would be to convert to gluten free.  This gave me hope.

Let’s fast forward here, the very first day that I went gluten free I had a few stomach pains which I later found out was the gluten free whole grain bread, apparently I need to stick to gluten free white bread.  The next day I had absolutely no stomach pain whatsoever.

Honestly, I had to tell myself each day that this was what it felt like to not have stomach aches and to have energy.  I forgot what that was like, I lived with stomach pain.  My friends and family never knew this because unless you were my mom or my husband, I likely never said anything.  I always pushed through the pain.

Then, I noticed I hadn’t been throwing up either, keep in mind here that I was barely able to get out of bed, throwing up every day, and had immense stomach pain.  I truly did not remember what it was like to not feel sick to your stomach.

What have I learned?  That although I may not have a gluten allergy, it is affecting me in huge ways enough so that I will likely never touch gluten knowingly again the rest of my life.  I may still cook with it for my family on occasion, but the fact that I feel this good after feeling like I was going to live my life in bed or worshiping the porcelain throne for life…I am happy to go gluten free instead.

What does this mean for the website?  You will still see easy, tasty recipes; however, I will likely be cooking the majority gluten free.  If I’m doing pasta I will just add a note stating how to make the recipe gluten free the same goes for most of the other meals.  This way those that are gluten free or are not gluten free can both enjoy each recipe.

There will also be a few showing up that are not gluten free that I made previous to the gluten free diet.  I am just now getting those on the site this upcoming week, after that the majority of the recipes that I will be showing can be easily made gluten free, I’ll make notes of how to do so on the post.

I hope you understand this and where I am coming from.  This diet is certainly not for everyone and by all means if you can eat gluten and bread, eat a piece for me because I certainly miss it.  I was a carb and bread fanatic; however, I have high hopes of creating recipes to satisfy those bread taste buds again!