This post has been brought to you by Soapbox Influence in partnership with The Women Bloggers.  All thoughts and opinions are my own. 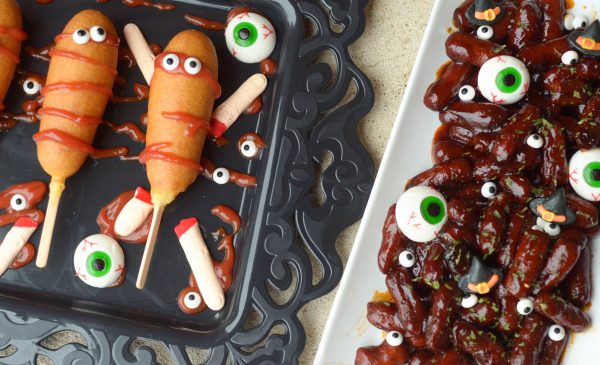 Are you having a Halloween Party this year?  Did you know that adults could actually have Halloween parties without the kids too?

It’s true, plus you can create all sorts of fun foods that are perfect for your party just like you would for a kid’s party.  Sounds crazy, doesn’t it?  A party for adults?  Who knew?

How to plan the perfect Halloween Party 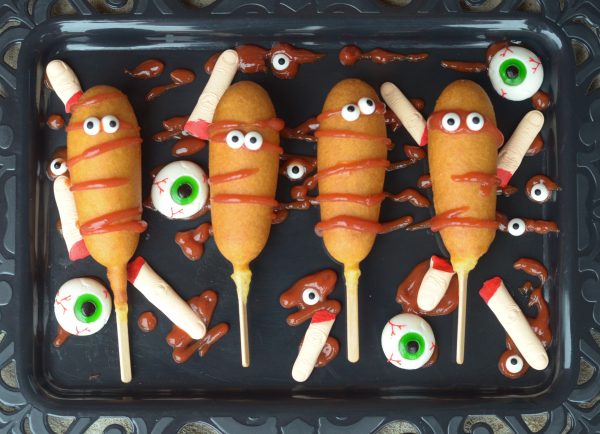 I know sometimes we get so caught up in planning everything around the kids that we forget that we are also allowed to have fun with our friends too.

Our first Halloween party as adults was actually before kids.  We had several friends over to our apartment just shortly after we got married for a fun Halloween party.

It’s funny too because I really don’t remember anything we actually did outside of the food.  Maybe it was a sign?

I wasn’t a food blogger then and definitely didn’t know that would be my future, but I can tell you what food we served that night but nothing else about it! 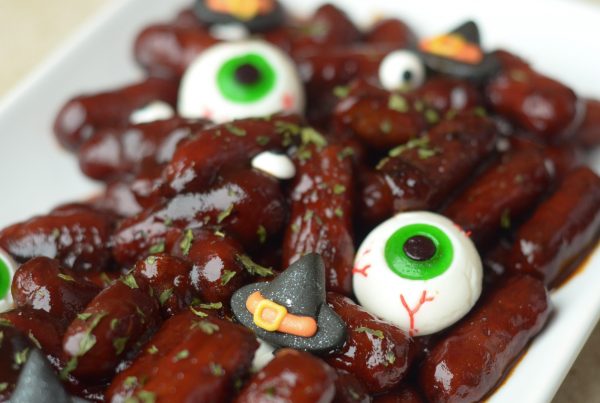 We also loved to host parties even early on in our marriage; however, now all those parties always center on the kids.  It’s probably time for us to do another one for adults!

What do you need for Creepy Corn Dogs & Spooky Brains?

As I thought about what to serve for a Halloween Party, these Creepy Corn Dogs were first on my list.

I thought these would be fun to have placed out on a tray and make a little Halloween scene out of them. 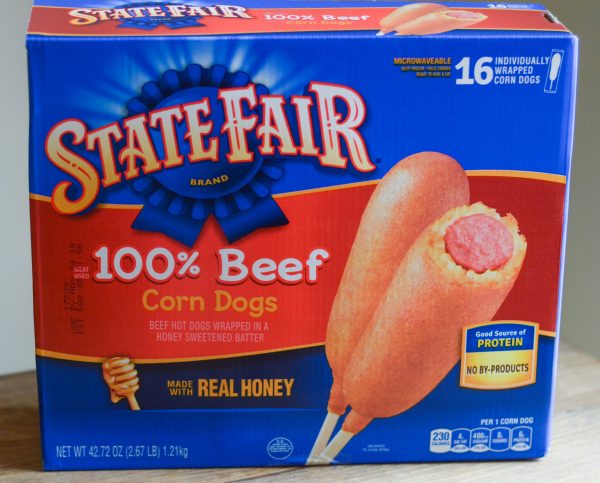 I used State Fair Corn Dogs that I was able to pick up at Walmart.  One thing I love about these is that they are individually wrapped, so I can easily store them in the freezer without the box.

They also are made with real honey and no by-products, which is perfect for guests. 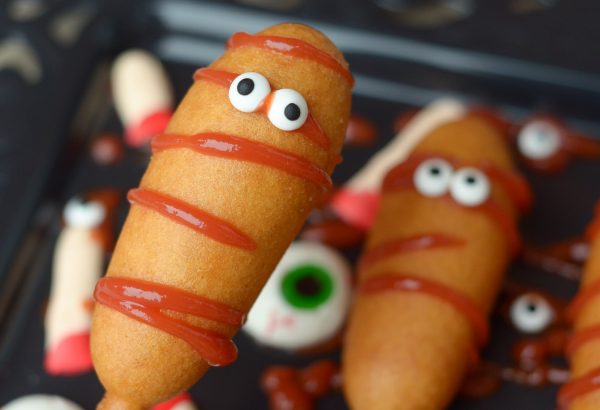 I wanted to display them in a way that still made them very much edible, so I opted to go with spreading ketchup around them and adding some candy eyes, then I added a few candy fingers to the tray too.

They turned out so cute and simple for a party too, because you can eat them easily while mingling among the other ghost and goblins.

Then, to go with the Creepy Corn Dogs, why not make some Spooky Brains?  I used the Hillshire Farm Lit’l Smokies smoked sausages and let them slow cook in BBQ sauce, and then I simply added them to a tray.

I decided to add in some candy eyes to make them all the spookier.  I happen to love creating Halloween foods; the creativity can run wild when you are planning out a Halloween party.

We have done so many different things, but I have to say I love the look of the brains.

They tasted good too; I’ll just put that out there.

A little tip when planning your party, mix a little store bought with homemade.

I like to take brownies or a cake and add some Halloween inspiration to it.  That frees up my time a bit in the kitchen but still wows the crowd.

Now, what would you serve for your Halloween Party? 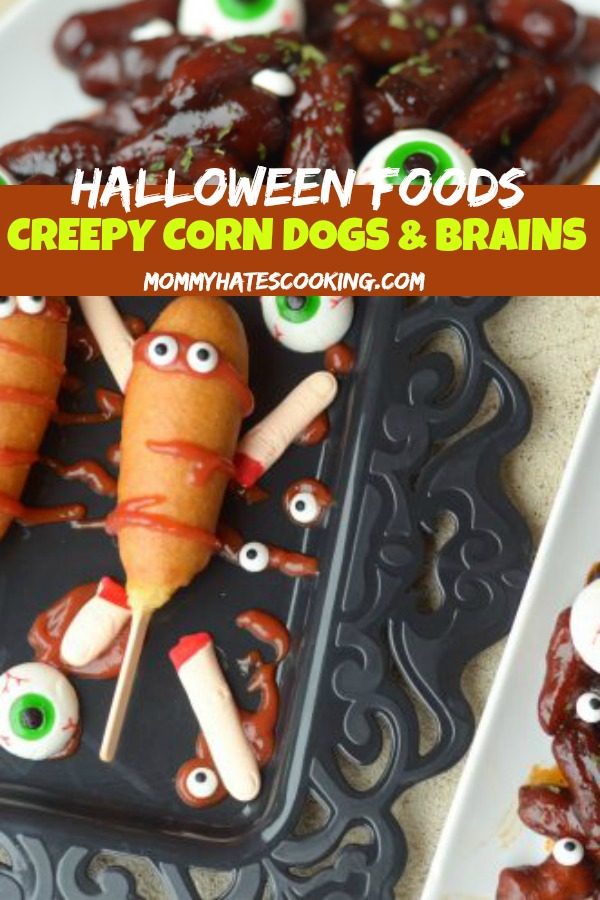